Tour Tamber Bey with the Vintner

If you love wine and you love animals, it doesn’t get better than a visit to Tamber Bey Vineyards. When I drove up to their Calistoga winery, it didn’t feel like any other tasting room I’ve visited in Napa Valley. Had I not known better, I might have wondered if I was in the wrong place, thinking, “This isn’t a winery; this is a horse ranch.”

In actuality, it’s both. 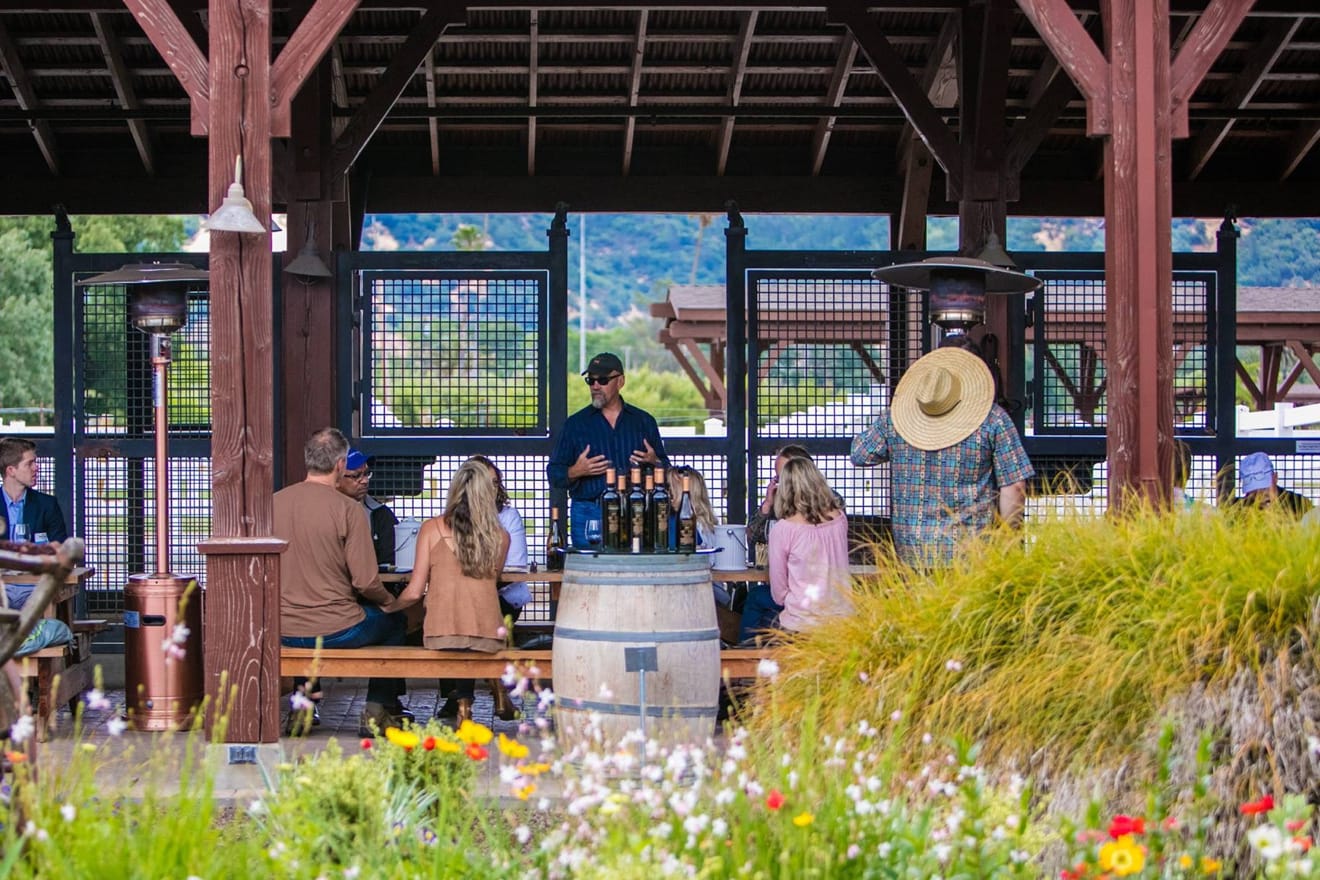 Owner Barry Waitte founded Tamber Bey Vineyards in 1999, but several years later, once he had outgrown his small wine tasting room, he happened upon the 22-acre Sundance Ranch. The property was a matter of fate; it was a place where he could marry his love for wine with his longtime passion for horses. In 2013, Tamber Bey Vineyards, named for Waitte’s first two horses, Tamber and Bey, moved in.

Today, Waitte and his wife Jennifer don’t just oversee the winery operations, but also their world-class equestrian facility that houses 45 horses, in addition to running Sunrise Horse Rescue, the largest horse rescue in Napa Valley for abused and abandoned horses. The couple has seven horses of their own, which they train for endurance races (50-100 mile races across the country). Waitte is a two-time National Champion.

I didn’t want just a regular old tasting, so I booked the Exclusive Tour with the Vintner at Tamber Bey, which meant I got to spend two hours with Waitte himself. Spending quality time with a winery owner is a rarity these days, but there’s truly no better person to tell the story of the wine and brand. 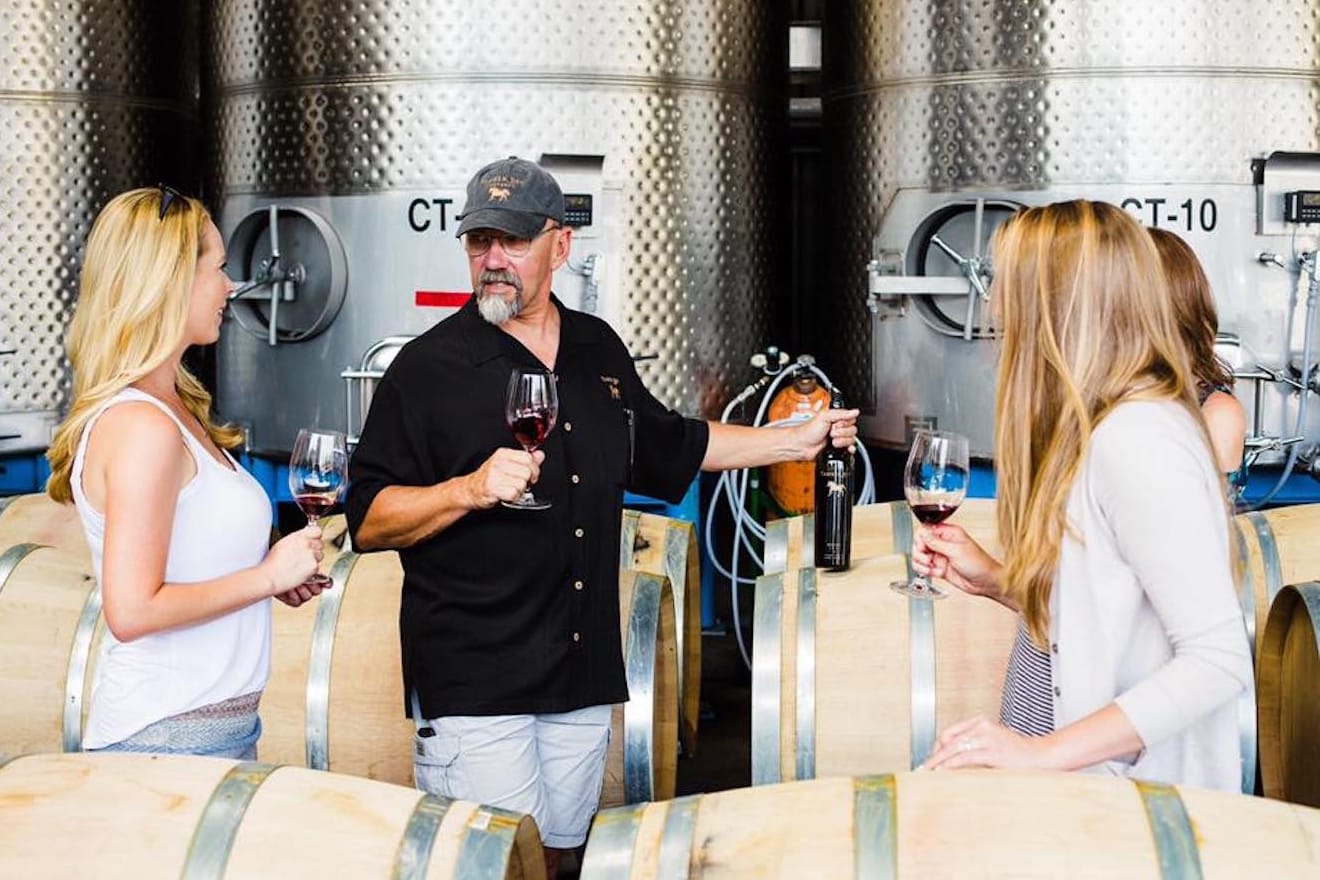 The experience began with a hefty splash of Sauvignon Blanc, a rich and creamy production that is uniquely aged in French acacia barrels, not oak (apparently, nobody else does this in the United States). Taking my glass with me, I embarked on a tour of Tamber Bey, starting with the 17,000 sq. ft. winery facility, which Waitte said was formerly a riding arena. The fork lifts were in action as his cellar crew was busy getting ready for bottling. He showed me around the crush pad and cellar, we stopped and chatted with one of his assistant winemakers to learn about the racking process at hand, and Waitte poured me a few selections right from the tanks, which were waiting to be bottled next week.

Next, we met some of the horses, including Tex, a mini horse with a glam rock mane, plus full-sized horses Zoey, Merlin, Woody, and Waitte’s favorite, De La Cruz, who won him his most recent National title. Feeding them isn’t allowed; Waitte doesn’t want to risk anyone losing their fingers (fair enough), but several of the horses patiently let me pet them.

I later met two more furmembers of the family, Cali and Stoga (get it?), a pair of sweet cats who have been at the ranch since before Tamber Bey called it home. They like to sunbathe at the feet of visitors. 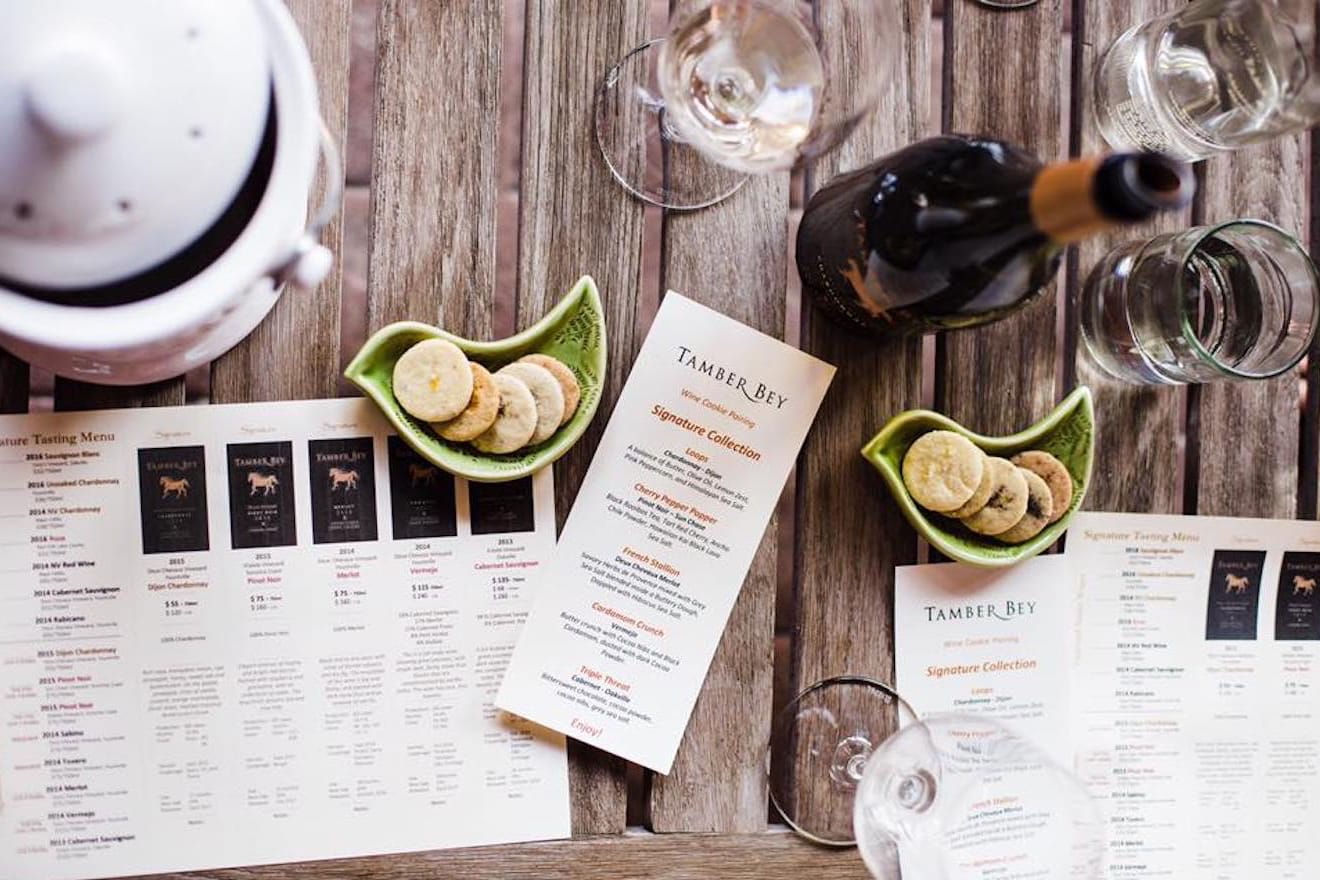 There is a small indoor part of the tasting room, but unless it’s raining, it would be a shame to sip inside. Instead, opt for one of many outdoor nooks built into the stable area, framed by gorgeous, wood beams: there are picnic tables, but also two super-cozy seating areas with a table and cushioned furniture. From all of these, you have views of Mount St. Helena, the Palisades, and the riding arena. At the time of my tasting, I got to watch Merlin during his daily riding session, while Cali and Stoga sunbathed at my feet.

The wine tasting is fully customizable, featuring at least five (but usually one or two more) Tamber Bey wines. These wines come from their Signature Collection — limited production (we’re talking 50-500 cases each), small lot wines made from selective areas of the vineyard — and include library selections dating back to the 2002 vintage.

“These are truly artisan wines that also go through an extensive process in the winery,” said Waitte about the Signature Collection. “I try to design the tasting to each group’s palate and desires, and if you’re really jonesing for a merlot, I’m going to go grab a library merlot as well.”

Merlot is one of Waitte’s favorite varieties, and he hopes to help erase any negativity still attached to the grape from the release of the movie Sideways in 2004, stating, “This merlot gets juicier and sexier as it goes on. It’s silky smooth.”

Tamber Bey has quite the variety. I tried several wines during my visit, like the Dijon Chardonnay, produced from 40-year-old vines and made to age for more than 20 years, a Pinot Noir from California’s newest AVA, the Petaluma Gap, and Tamber Bey’s rich, signature Cabernet Sauvignon from Oakville, of which I got to compare the 2014 and 2010 vintages.

Spoiler alert: Even the 2010 has years of life left in it, so I’ll be back to taste it again (and say hi to my new, furry friends). 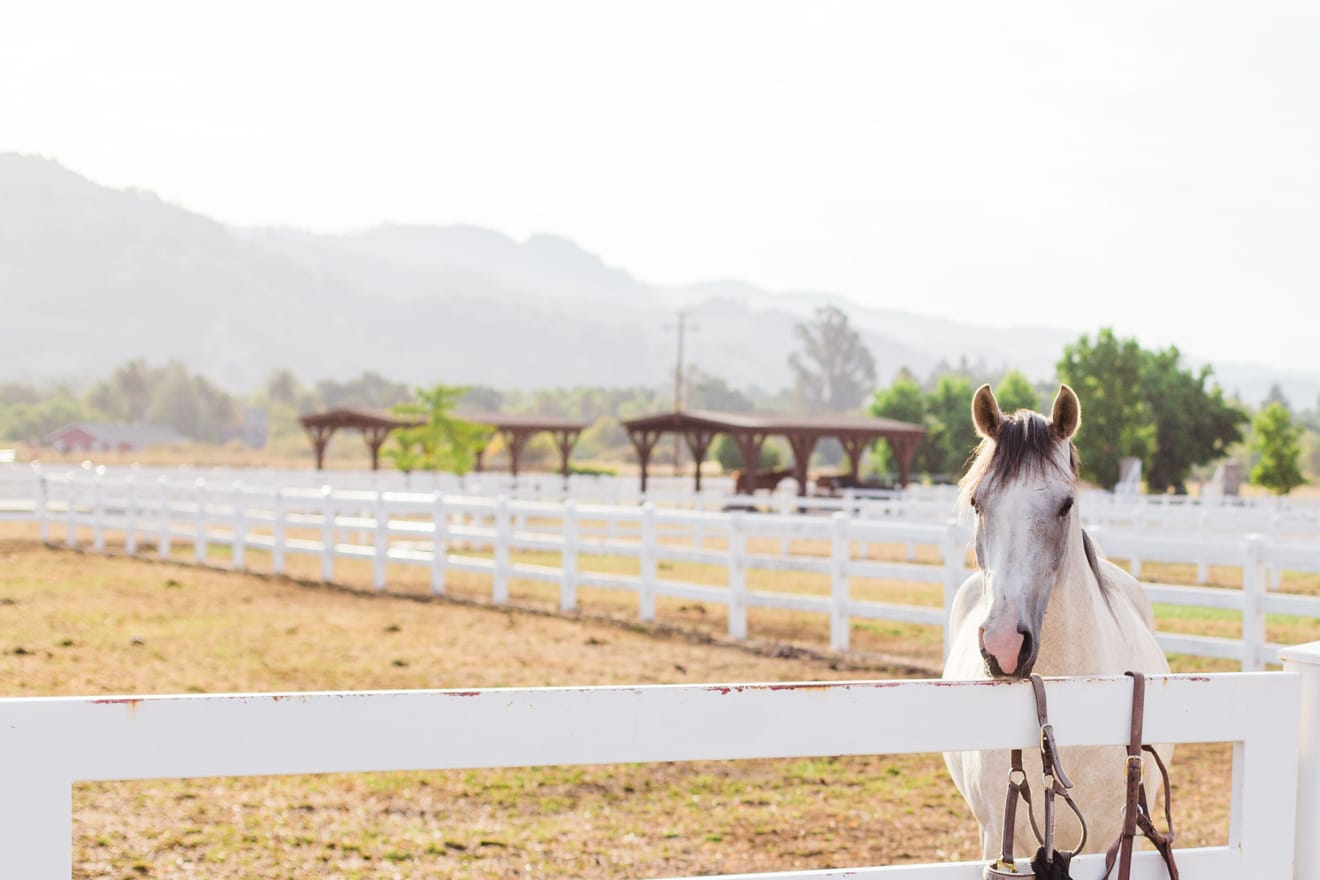 Tamber Bey’s Exclusive Tour with the Vintner experience is $125 and available Monday-Friday, 10 AM to 3 PM, subject to Waitte’s availability.