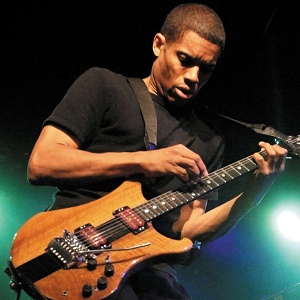 The key to Stanley Jordan’s fast-track acclaim was his mastery of a special technique on the guitar’s fretboard. Instead of conventional strumming and picking, Jordan’s innovative “touch technique” is an advanced form of two-handed tapping. While a handful of other players were using similar techniques, Stanley’s fluid, multi-layered textures and sheer virtuosity raised the bar for excellence. But his technique, though impressive, is always a means to a musical end. His music is imbued with a warmth and sensitivity that has captured the imagination of listeners worldwide.