Share with your friends
Submit
Made in small quantities and often sold for high prices, cult wines often earn high scores from top wine wine critics—Robert Parker’s Wine Advocate and Wine Spectator. Many are made by famous “flying winemakers” (consulting winemakers who fly around the world making wine for top estates), although some are simply families who have farmed the land long enough to know how to draw the best out of it.

Napa Valley has one of the highest concentrations of cult wines in the world, so we’ve laid out a list of some of the top Napa Valley cult wines, including both the established legends and the rising stars. The wines are almost always Cabernet Sauvignon—this is Napa Valley, after all—and are complex, densely structured, and absolutely beautiful to experience. Now if we could just get on that allocation list… 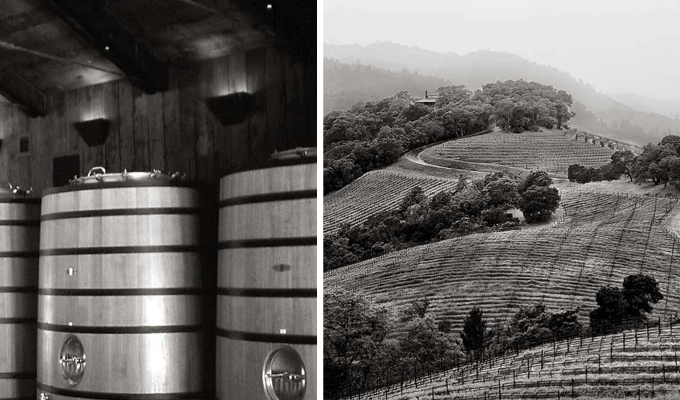 
Harlan Estate and BOND Estates
Visit: Appointments may be available for members

Founder Bill Harlan spares no expense to create these Napa Valley cult classics. Harlan comes from estate vineyards in the Oakville hills and has earned five 100 point scores from Robert Parker between 1994 and 2007. On the other side of the same coin, BOND aims to highlight the best terroir in Napa Valley with six wines created from six distinct single-vineyard sites. These wines are also Parker darlings; four 100 points scores from Robert Parker since 2000. The wines from both wineries are exquisite examples of Napa Valley at its best. 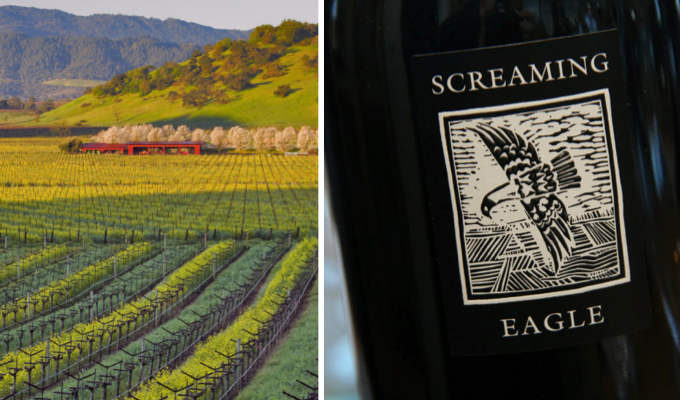 Ah, the one that started it all. Screaming Eagle was founded by realtor Jean Phillips and its first vintage in 1992 sent shock waves through the wine community. Bold, luscious, and softer than velvet but with a steel backbone, Screaming Eagle was soon in demand everywhere, and the price soared from $75 to $750 per bottle in just a few years. Credited with starting the California cult wine craze, Screaming Eagle sells for over $7,000 per bottle on the open market today. 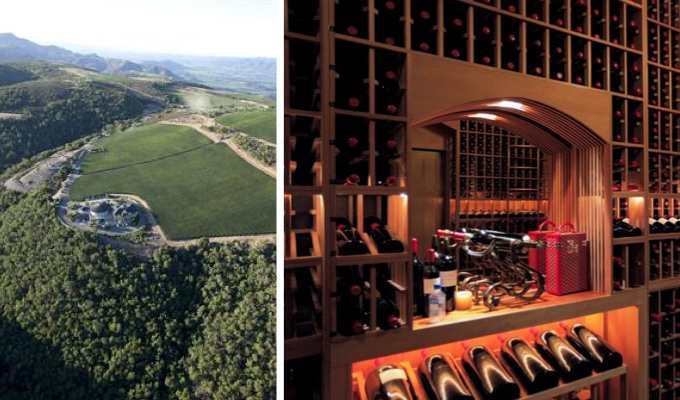 
Colgin Cellars
Visit: Appointments may be available for members

A staple of the Napa Valley cult wine scene, Colgin Cellars produces stunning wines from atop the trendy Mount Pritchard. Ann Colgin founded the winery in 1992 and has seen nine 100-point scores from Robert Parker roll in since 2002. Their hallmark wine is IX Estate Red Wine, a classic Bordeaux blend of Cabernet Sauvignon, Merlot, Cabernet Franc, and Petit Verdot that epitomizes harmony. 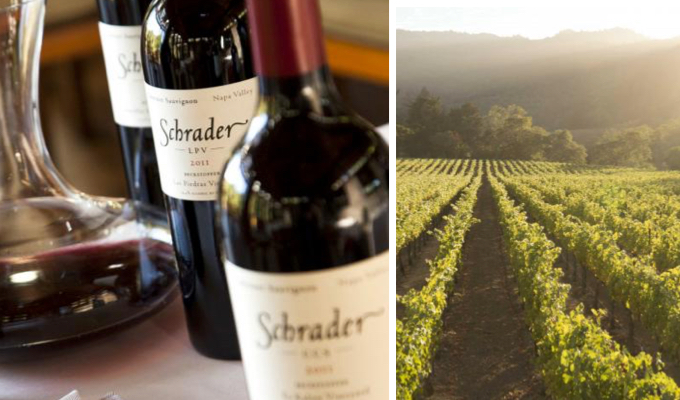 Schrader’s reputation as a cult wine is built on their wines made from famed grapegrower Andy Beckstoffer’s vineyards, most notably the legendary Beckstoffer To Kalon Vineyard in Oakville, which grows some of the best (and most expensive) Cabernet Sauvignon in the world. Winemaker Thomas Rivers Brown brings his “no-holds-barred” approach into the cellar, and crafted nine wines with 100-point scores from Robert Parker between 2002-2008, solidifying Schrader’s spot in the cult catalog. 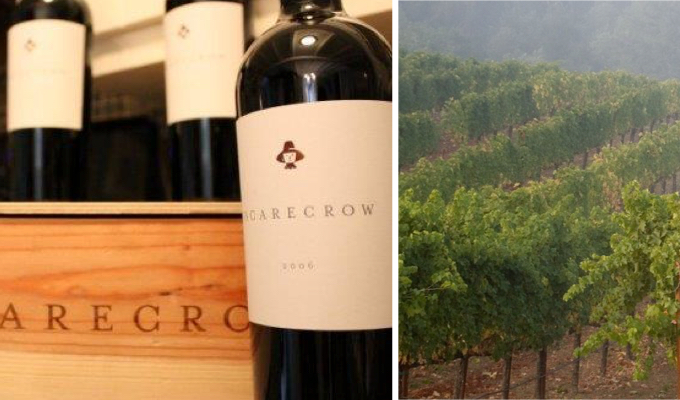 Scarecrow’s vineyards were planted by the legendary J.J. Cohn in 1945, and supplied fruit to the cream of the Napa Valley crop for many years, including Inglenook, Opus One, and Joseph Phelps. Today, winery co-founders Brett Lopez and Mimi DiBlasio work with renowned winemaker Celia Welch to create cult-worthy wines. The 2012 Scarecrow Toto’s Opium Dream: Scene III Cabernet Sauvignon sold for the incredible price of $4,333 per bottle at the trade auction Premier Napa Valley in 2014! 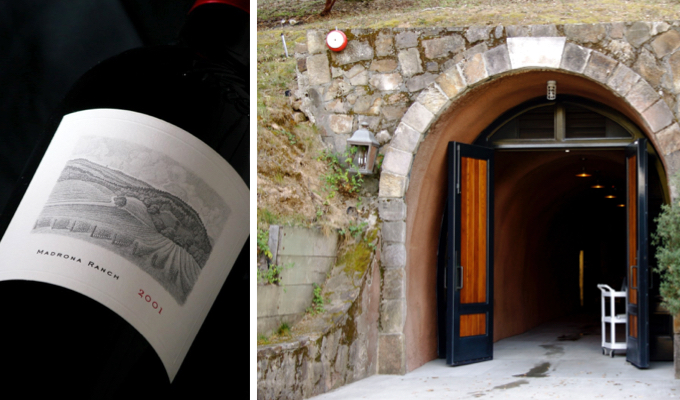 
Abreu Vineyards
Visit: Appointments may be available for members

Dave Abreu grew up in a ranching family in Napa Valley, so he knows the land like the back of his hand. Abreu wines are single-site Cabernet Sauvignon blends from some of the best vineyards in Napa Valley, and it shows. Six 100-point scores from Robert Parker since 1997 and a waitlist for the chance to even buy the wines put Abreu Vineyards firmly on the cult wine list. 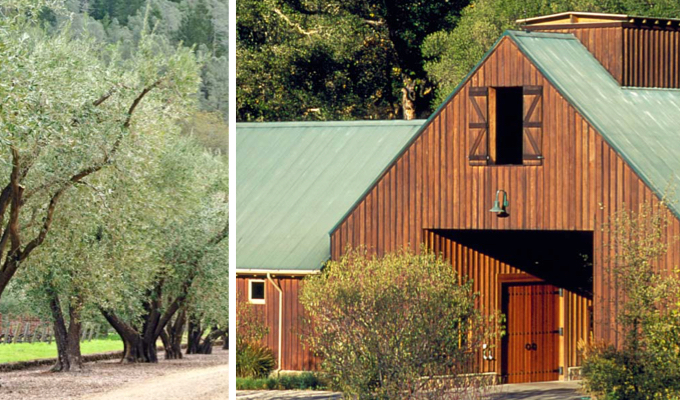 
Araujo Estate Wines
Visit: Appointments may be available for members

Araujo may not have scored 100 points with the Big Guys yet, but their consistently stellar performance and sheer beauty certainly merit cult status. Bart and Daphne Araujo founded the estate in 1990 with the goal of making a Napa Valley “First Growth,” the equivalent of the best chateaux in Bordeaux. The crown jewel of their production lineup is the Eisele Vineyard, which has been planted to various grape varieties for over 150 years, and has produced some of the most long-lived wines for various Napa Valley producers since the 1970s. The 2013 Araujo Estate Wines Eisele Vineyard Cabernet Sauvignon barrel sample is currently scored at 96-100 by Robert Parker (Parker gives a potential range for barrel samples), so it has the potential to be their first 100 point wine. Stay tuned! 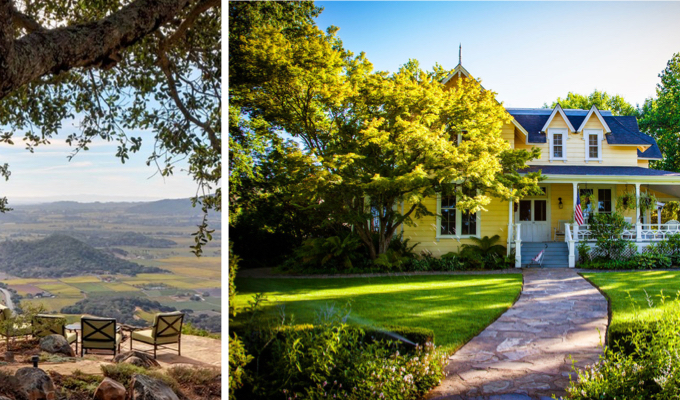 
Sinegal Estate
Visit: Appointments may be available for members

Owner David Sinegal has a plan—a 1,403 step plan to be precise—to create Napa Valley’s ultimate luxury wine experience. Robert Parker recently tasted the 2013’s and gave them all 94 points or higher, so Sinegal may be on the way to achieving his goal. 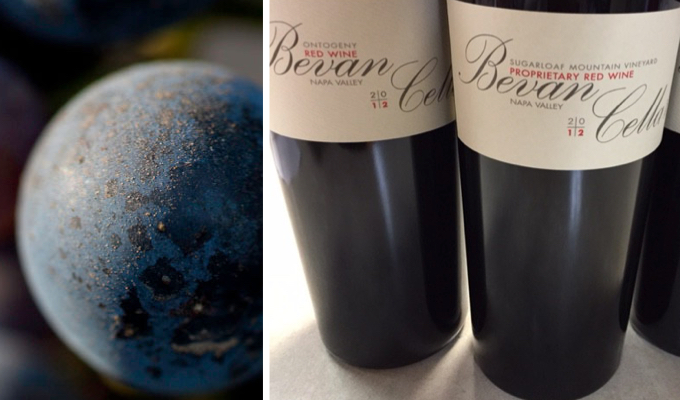 Russell Bevan and Victoria De Crescenzo are wine enthusiasts who have made a dream come true. From joining wine tasting groups while living in Minneapolis to purchasing their dream property in Sonoma and learning the ropes from the best in the business—including Greg La Follette and Kal Showket-—they have slowly but surely made their way into the Napa Valley cult wine scene. In 2011 Robert Parker bestowed 100 points on their 2011 Bevan Cellars Tin Box Vineyard Cabernet Sauvignon from Oakville. 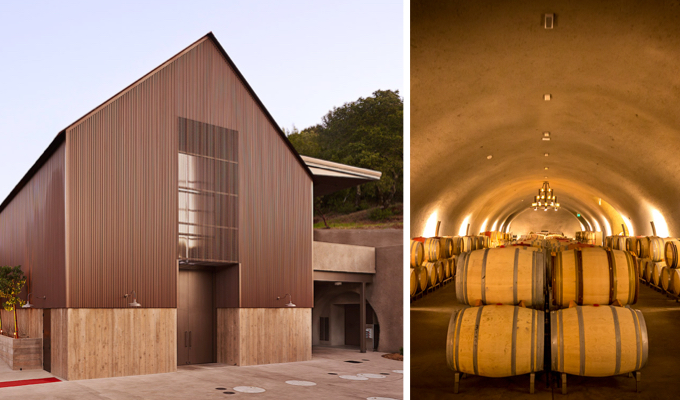 Situated on Pritchard Hill, BRAND combines the soil and climate conditions from Oakville down below, which has turned out so many cult wines, with the benefits of mountainside vineyards—great drainage and cooler nights. This unique terroir and the no-expense-spared approach in the cellar has created a paragon of Napa Valley Cabernet Sauvignon. BRAND has been climbing the Wine Spectator and Robert Parker rankings since 2009, culminating in the wine selling for the highest price of any wine at Premier Napa Valley in 2015. 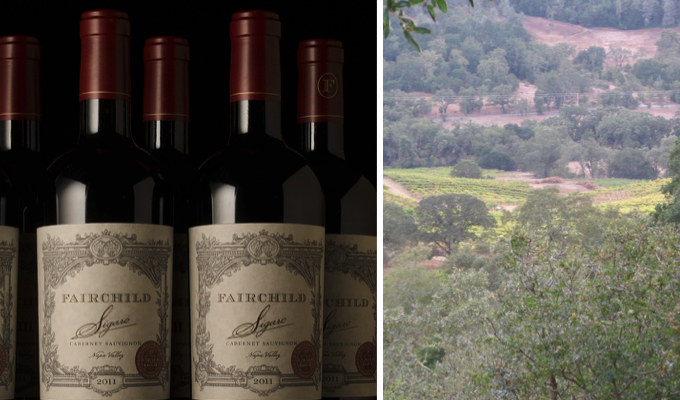 
Fairchild Napa Valley
Visit: Appointments may be available for members

Larry Fairchild, a Nebraska farmer at heart and in education, released Fairchild’s first vintage in 2001, and the wines have been on the cusp of fame ever since. Philippe Melka, Flying Winemaker Number One, makes the wines, which are rich and luxurious. Robert Parker just started reviewing Fairchild in 2012 and they hold a lot of promise, earning 93-99 points. Keep an eye on this one!

There are of course more wines deserving of the “cult” status, but this starter list gives you a solid understanding of the best grapes and regions for cult wines, not to mention the incredible resources and dedication it takes to reach that top level. Us mere mortals will be lucky to taste a few of these wines in our lifetime, and when you get that chance, be sure to savor every $100 sip!