Before you book your trip to California Wine Country, you may be wondering: when is the best weather in Napa Valley? Thanks to a mild, Mediterranean climate, Napa Valley is not only an idyllic place to grow grapes, it’s also a welcoming destination for visitors any time of year. Though temperate year-round, summers tend to be warm and dry with plenty of sun, while winters can bring rain and cooler, cloudy days. Regardless of the season, temperatures can vary dramatically between day and night, sometimes as much as 30 degrees, so layers are advised.

From sunrise to sunset, the weather forecast is looking good in Wine Country! Thanks to its mild, Mediterranean-like climate, Napa Valley is an idyllic place to visit year-round. 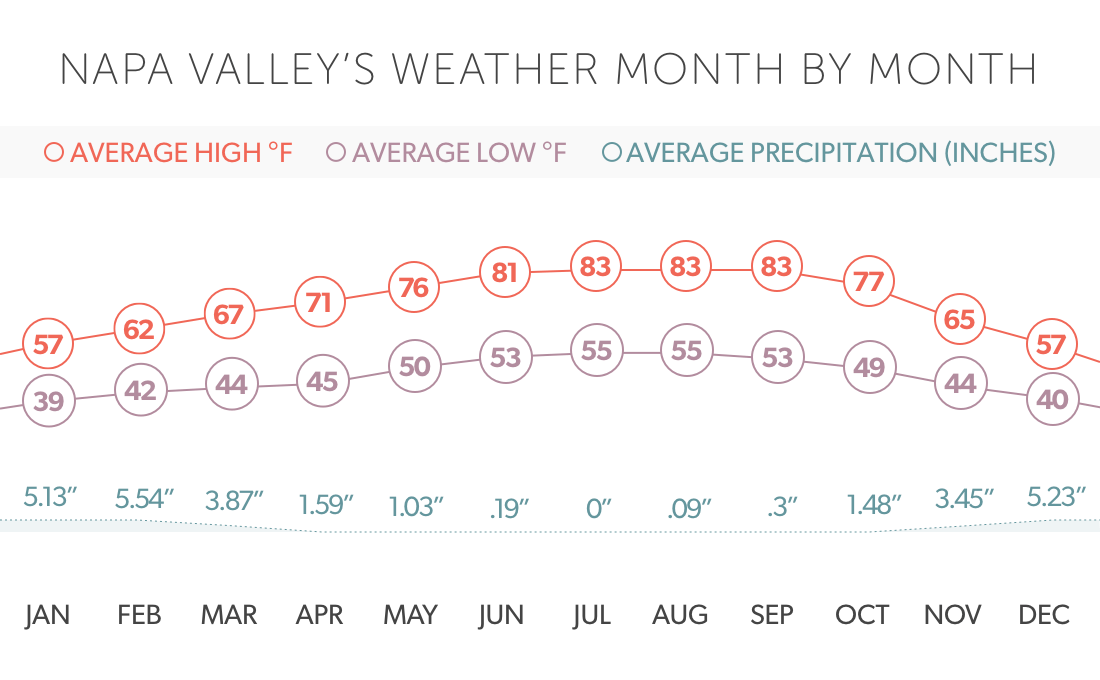 Spring is a lovely time to explore Napa Valley, when you’ll find blossoming flowers, vineyards showcasing the first signs of bud break, and fewer crowds. Though you may see patchy fog in the morning, rain becomes less frequent as the days start to warm, inviting mild temperatures that encourage more time outdoors.

End of May – August

Napa Valley is a top destination during the summer months for visitors looking to make the most of the region’s long, hot days and pleasant evenings. Though it can get crowded, you can’t deny the appeal of lazy, sunshine-filled afternoons in Wine Country, when there’s not a cloud or raindrop in sight.

California beckons with lovely weather conditions all year long, but it’s hard to beat the magic of the harvest season in Wine Country. Thanks to average temperatures that are neither too hot nor too cold, it’s an ideal time to visit. Plus, the vineyards reveal brilliant shades of red and gold that make for a beautiful sight to see.

Though fall in Napa is synonymous with harvest, most of the excitement surrounding crush begins to mellow out by mid-October as evening temperatures start to drop. While still pleasant during the day with high temperatures staying in the upper 60s, layers become more of a necessity in the early morning and at night when it can dip below 45 degrees. Sunny days are still the norm, but November brings more clouds and the occasional rain shower.

December is a wondrous time in Napa Valley, when festive events and gatherings add to the joy of the season. Average temperatures hover around 60 degrees during the day, dropping down into the 40s and sometimes 30s at night. Though you won’t find snow, precipitation is somewhat frequent, so don’t forget an umbrella and a rain jacket.

Winter may be the rainy season in Napa County, but with fewer crowds and more affordable lodging prices, it’s a great time to cozy up with a glass of red wine beside a fire. Despite the rain, you’ll still find clear, sunny days with a high temperature in the 50s, making Napa feel downright balmy compared to most of the country this time of year.

Guides The Best Time of Year to Visit Napa Valley

Ready to experience all that Napa Valley has to offer? We’re sharing the best time of year to visit Napa with our seasonal guide to enjoying the region. Planning your first trip to Napa Valley? Follow this itinerary to experience the best that Napa Valley Wine Country has to offer. Winter in the Wineries… 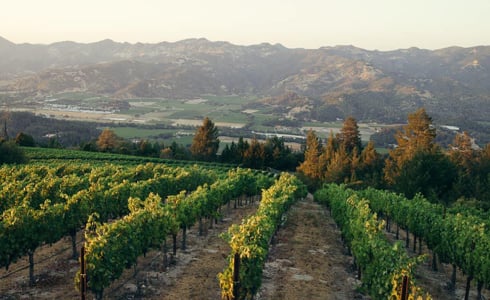 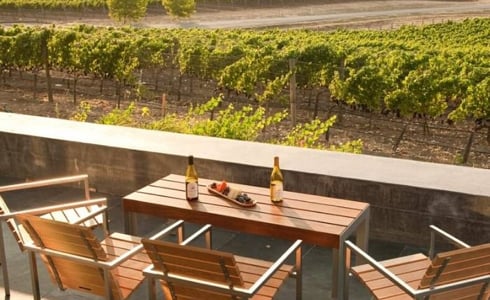 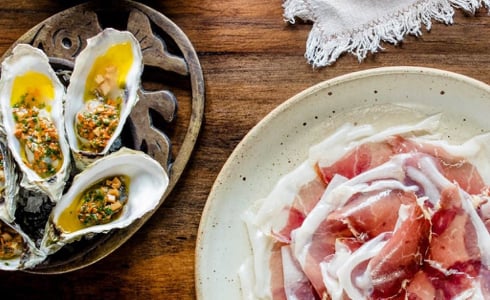 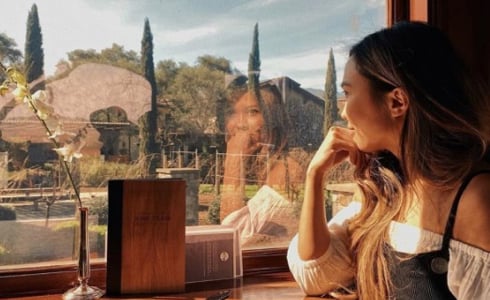 LOVE OUR CONTENT? Get a weekly dose of WineCountry in your inbox!