Our Official Guide to the 2019 Napa Valley Film Festival

This year’s festival features a plethora of new independent films and plays host to top filmmakers, actors, and other industry execs. Meanwhile, Napa Valley does what it does best, serving up world-class food and wine from over 100 participating wineries and 50 participating restaurants and chefs, to round out the ultimate Wine Country experience.

The independent films are organized into the categories of Narrative Features and Documentary Features, with 16 films vying for the title of Best Feature in each core competition category. The directors of the films in NVFF’s core competition categories will also participate in the festival’s unique Artists-in-Residence Program presented by Meadowood Napa Valley. The residency includes masterclasses and breakout sessions with industry leaders, as well as networking opportunities at special events throughout the festival. It’s not only an opportunity to enjoy many of these films’ world premieres, but a chance to preview films that could be in the running for a Golden Globe or Academy Awards nomination! In the past, the NVFF has screened award winners like Silver Linings Playbook, Wild, and Lion.

Screenings are held at venues throughout Napa Valley, like the Archer Hotel in Napa, Lincoln Theatre in Yountville, and Charles Krug Winery in St. Helena.

You’ll also get the chance to chat with the filmmakers after each showing during Q&A sessions. 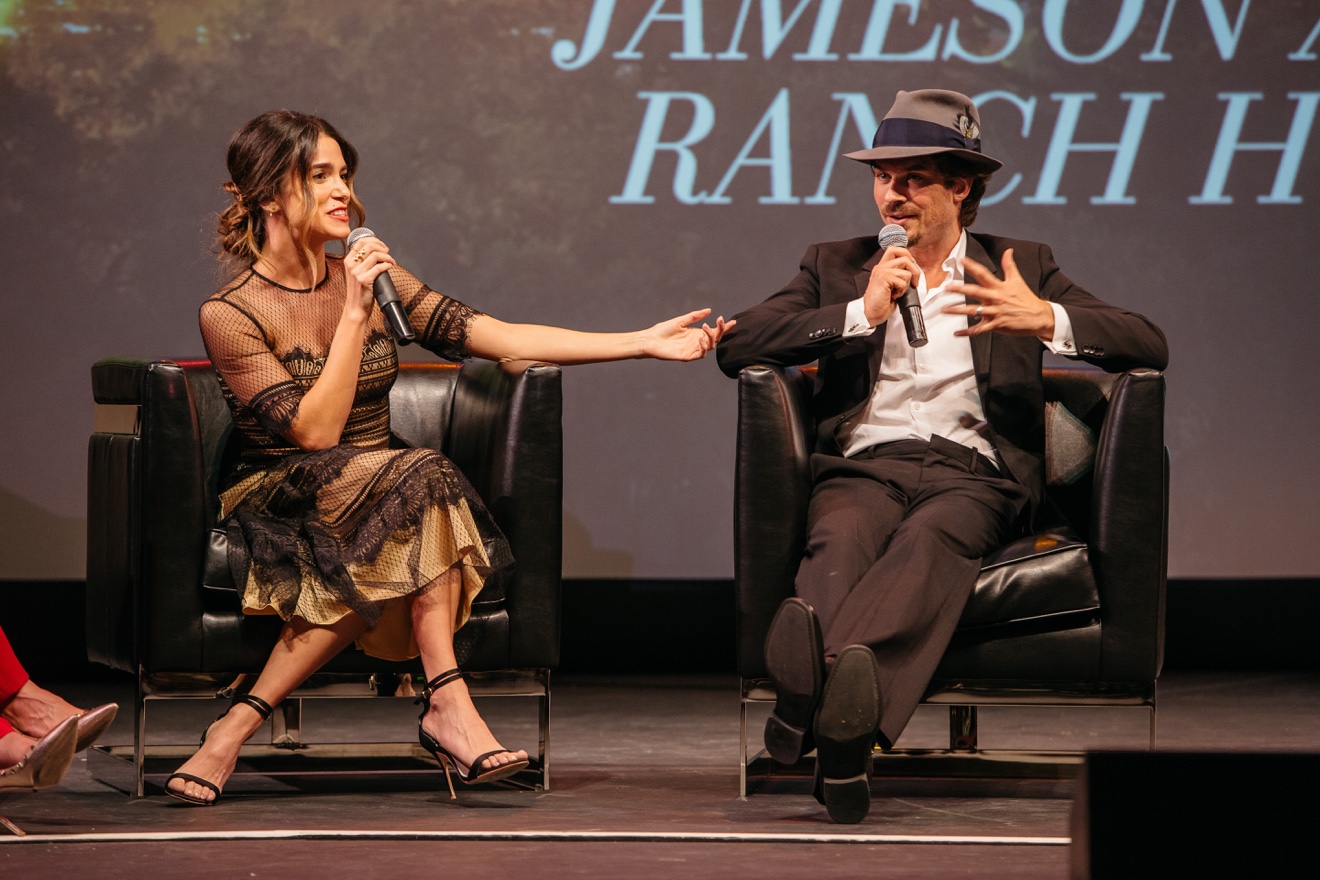 You can learn more about the NVFF’s films here.

Forgive us for stating the obvious, but you can’t have a festival in Wine Country without copious amounts of wine, and it’s promised to be flowing throughout the NVFF. Wine will be available for purchase at some screenings, but one of the best opportunities to get a total taste of Napa is to take a wine tasting break during the Wine Intermissions, where 10+ boutique wineries will pour their best wines in between film screenings at the Festival Hubs, located in Napa and St. Helena. 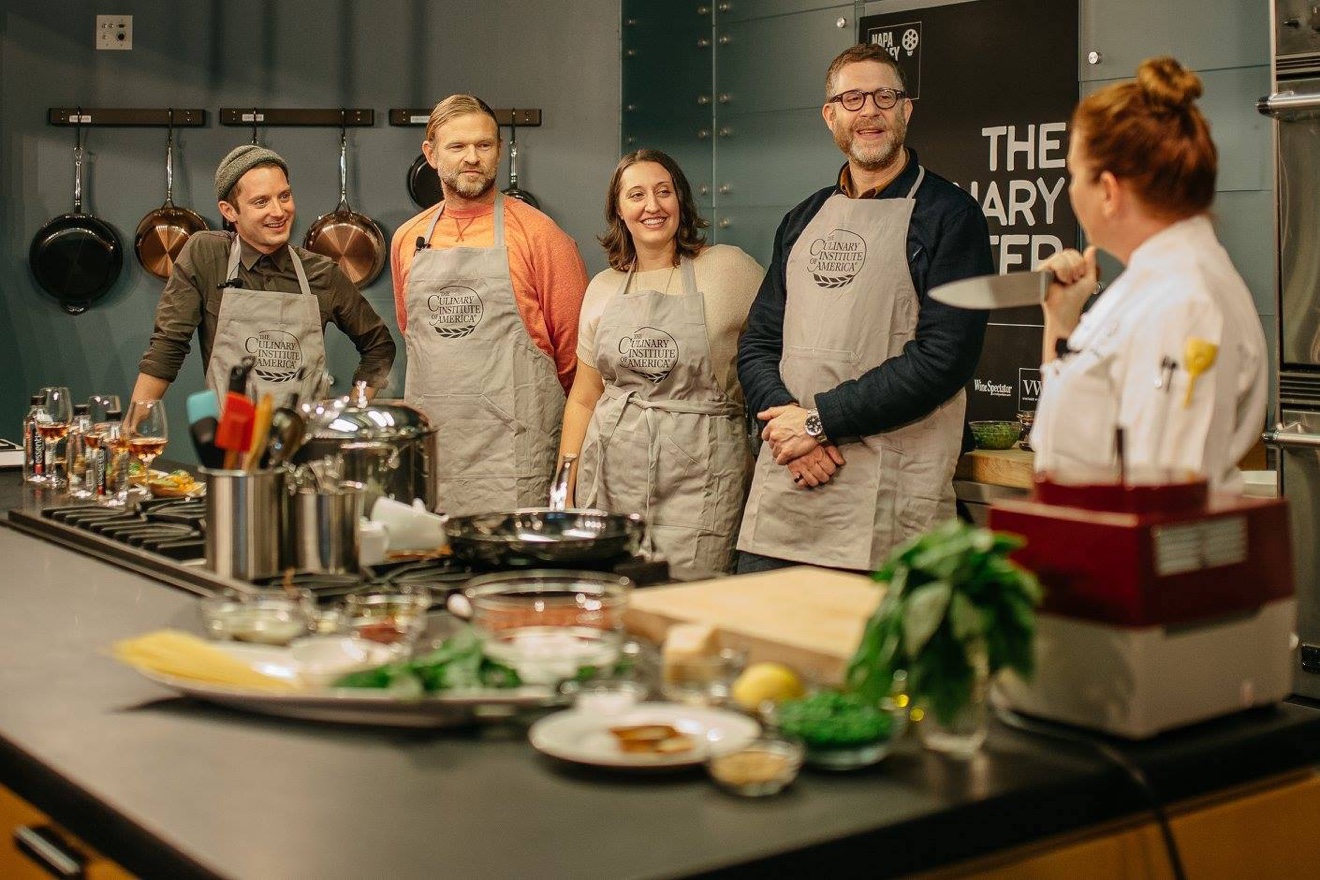 Most passes also include full access to culinary demonstrations where daily cooking demos and exclusive wines are offered, leaving you with plenty of kitchen inspo for when you return home.

Want to get a selfie with a celebrity? These parties and special events are your best shot at mingling with Hollywood’s A-listers and often feature surprise performances from top musicians. 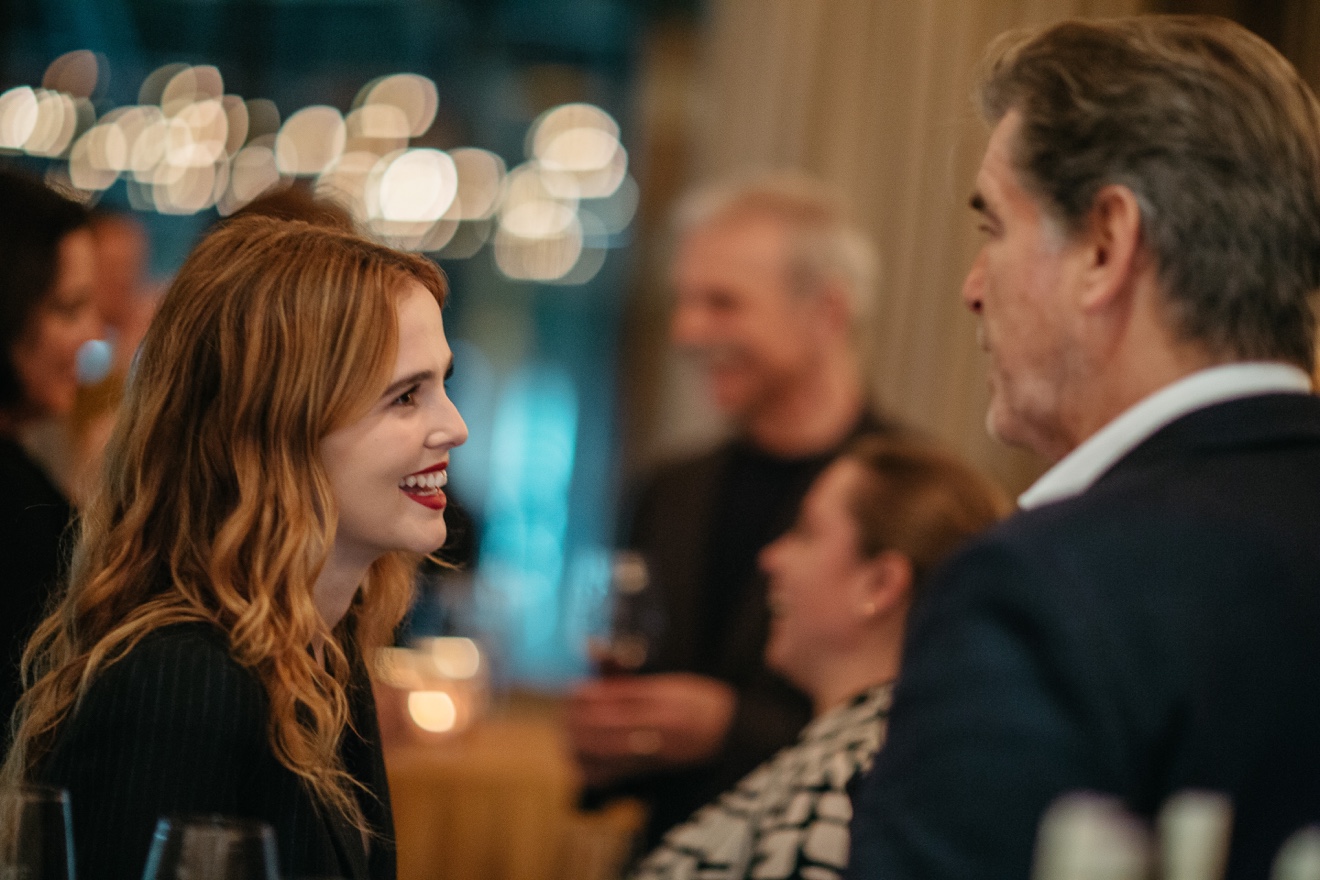 The Vintner’s Circle Dinners, hosted at premier Napa Valley wineries, will be where winemakers, filmmakers, and celebrities sit down to an intimate and unforgettable dining experience. Only those with a VIP Patron Pass can snag a seat, though. 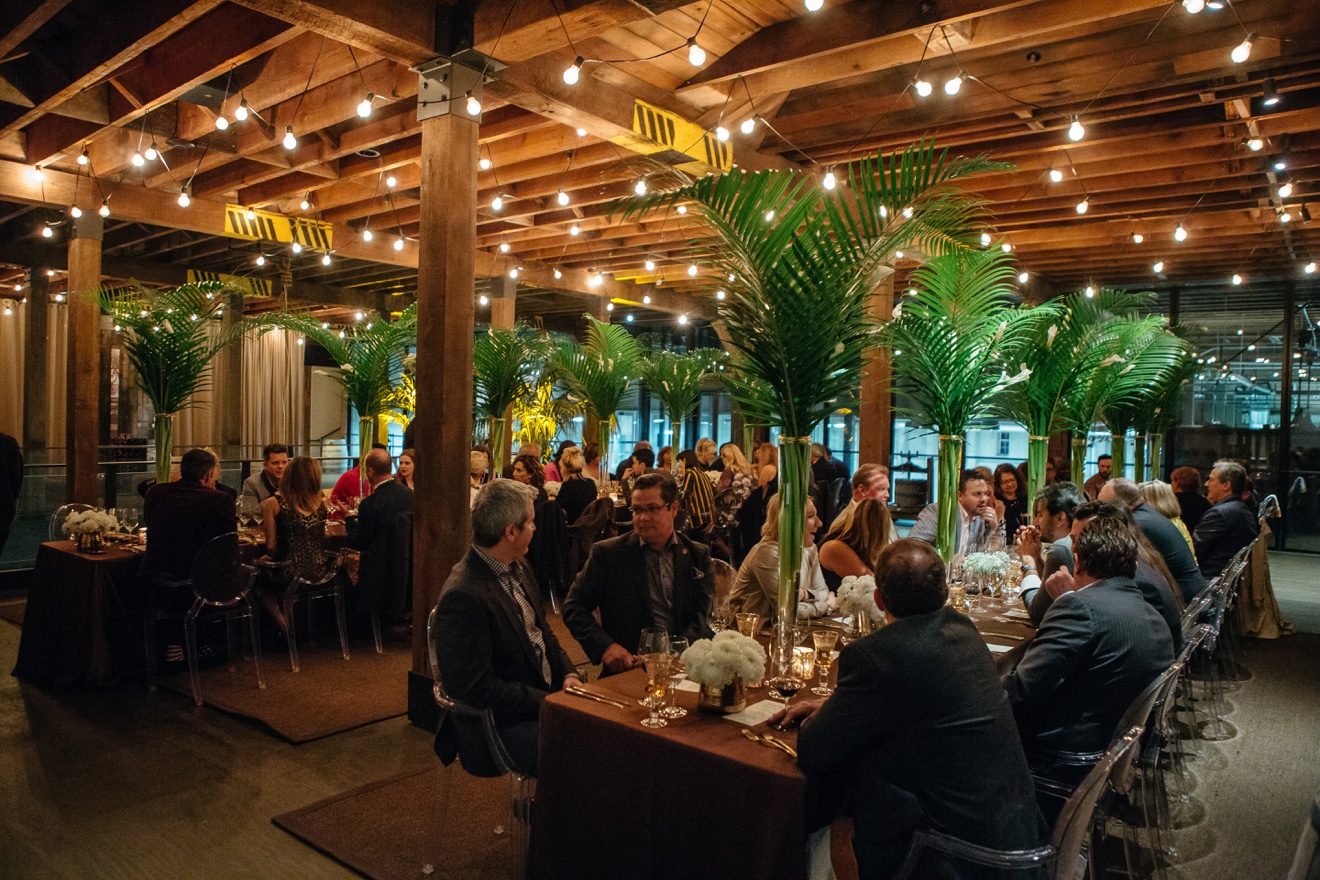 Other don’t-miss events include the Opening Night Party, Celebrity Tributes, and the Festival Gala, which are all sure to impress.

From the Flex Pass offering five film screenings to a full-blown Patron Circle VIP festival pass, there are ticketing options for every budget, schedule, and level of interest. Use this cheat sheet to find the perfect fit for you. Note: all of these passes give you access to film screenings and wine intermissions. 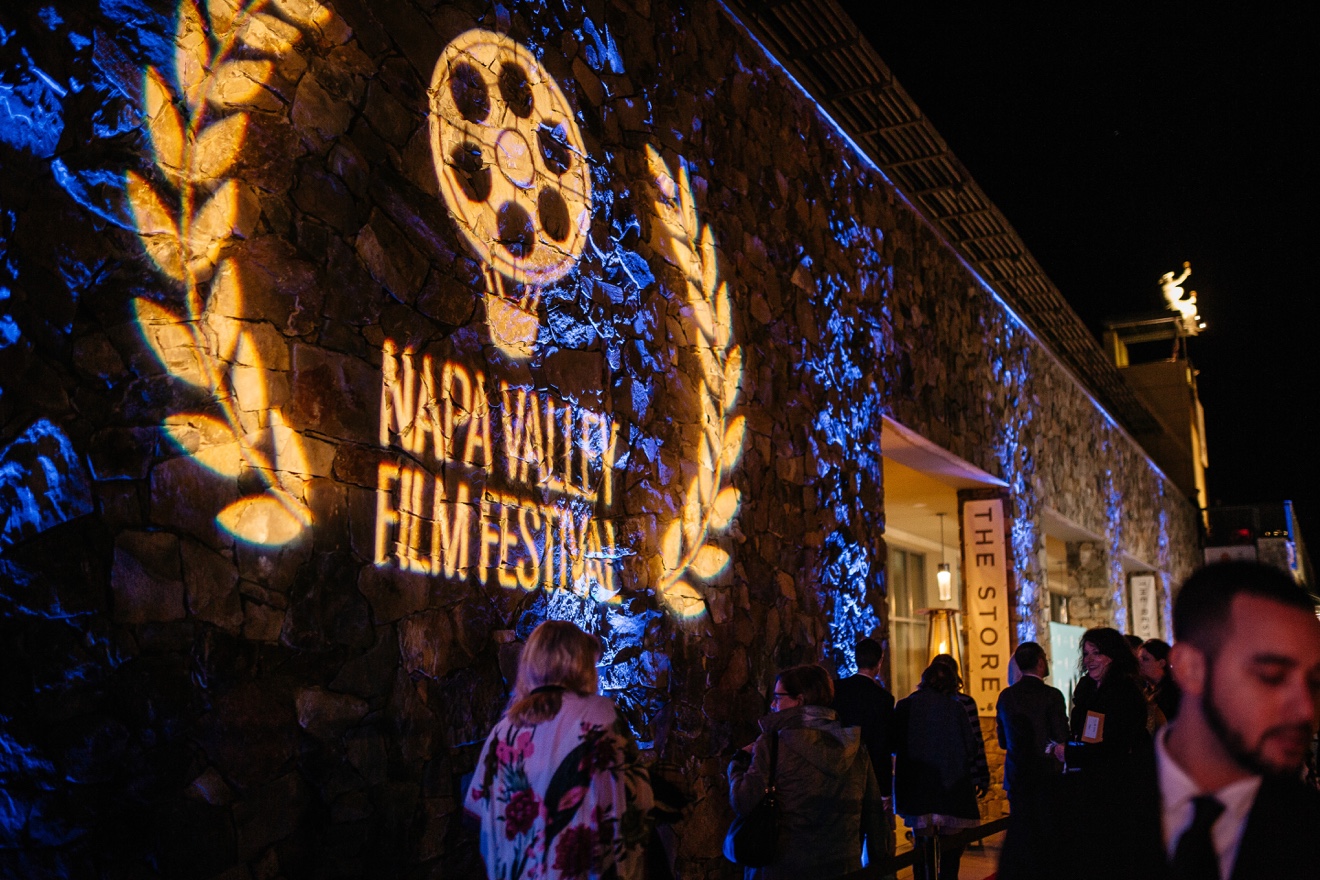 If you want to see all the films, plus party with all of the filmmakers and celebs: The Pass Plus ($575 – 695), gives you priority access in line to screenings throughout the festival and gets you into some of the week’s big events and parties, like the Opening Night Party and Festival Gala.

If you don’t plan on working all week and want to see as many films as possible: The traditional Festival Pass ($225 – 295) gives you unlimited film screenings, afternoon wine tastings, and access to culinary demonstrations.

If you’re not much of a planner and/or can’t predict your crazy schedule: The Flex Pass ($125) is good for five screenings throughout the festival (any days, any times). It also includes afternoon wine tastings.

If you want the VIP treatment: The VIP Patron Circle ($2,500 – $25,000), much of which is tax deductible, gets you a year-round membership with exclusive access to filmmakers, actors, vintners, and more. Enjoy perks like VIP reserved seating during screenings, invites to special events, and a personalized NVFF experience. 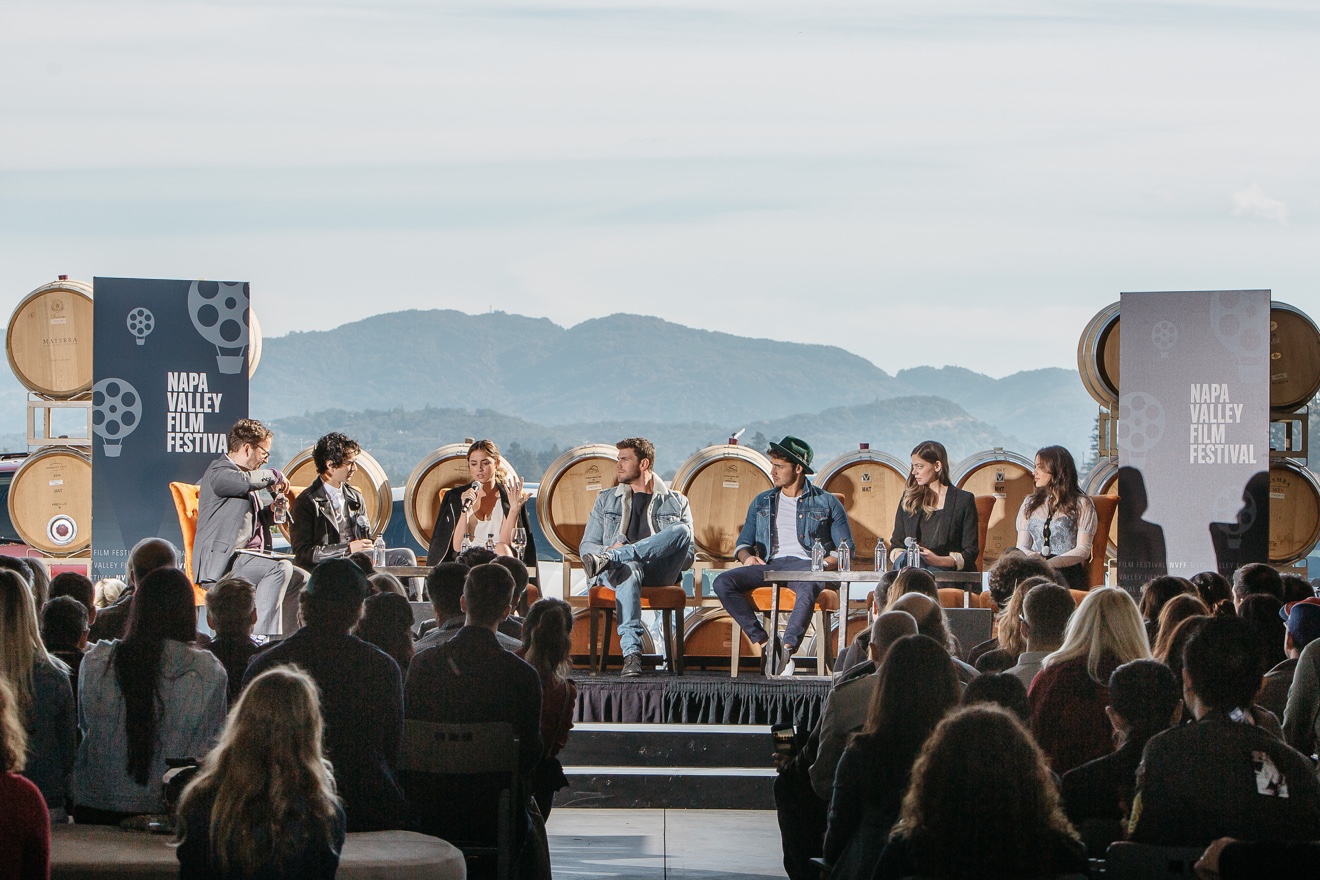 Book a room at the Napa River Inn, where you’ll have views of the Napa River and be within walking distance to many of the NVFF downtown Napa venues. Have a little too much fun the night before? Order breakfast to your room from downstairs bakery Sweetie Pies.

St. Helena’s romantic Wine Country Inn is a good resting spot in between screenings and events Upvalley. With breakfast served al fresco overlooking five acres of sprawling vineyards and gardens, this luxurious bed and breakfast is the definition of country chic. Be sure to use promo code WCM when booking to enjoy an artisan cheese plate, a discounted room, and late check-out.

If you happen to have any free time around all of the screenings, wine tastings, and parties – don’t forget to get some shut eye too – use it to discover some of Napa Valley’s newer establishments. In downtown Napa, check The Village at Vista Collina, a full-bodied resort that offers eight boutique wineries and a brewery all in one location, or visit the newly renovated Louis M. Martini Winery for a tasting.

Want to work off all that fun you’re going to have? Rent a bike from Napa Valley Bike Tours and take an early morning ride down the Napa Valley Vine Trail, which stretches 19 miles, all the way to Yountville.