In our new series “Who We’re Drinking With” we’ll introduce you to some of our favorite people in Wine Country. From winemakers and sommeliers to hoteliers and artists, we’re interested in those who are doing things a bit differently.

Tired of reading the same ol’ questionnaires (there’s only one James Lipton of Inside The Actor’s Studio after all), we’re throwing curve balls in hopes of finding out some new things about these movers and shakers.

This week we poured one out with Colleen Fleming from Cadet Beer + Wine Bar in downtown Napa. This hip little spot in a chic alley off 1st Street beckons you by the light of their neon sign. Come here to drink and be drunk. No judgement: It’s a bar for everyone.

After all, isn’t everyone just looking for that place where you can drink Champagne and icy cold beers and eat giant plates of prosciutto all night? Am I right?

Colleen and her partner Aubrey Bailey are deep in the Napa Valley experience. From culinary pasts at Roux and Cindy’s Backstreet Kitchen for Colleen and Redd and Julia’s Kitchen for Aubrey (not to mention sommelier post at The French Laundry, which we just mentioned). To say both of these ladies know their stuff would be an understatement. 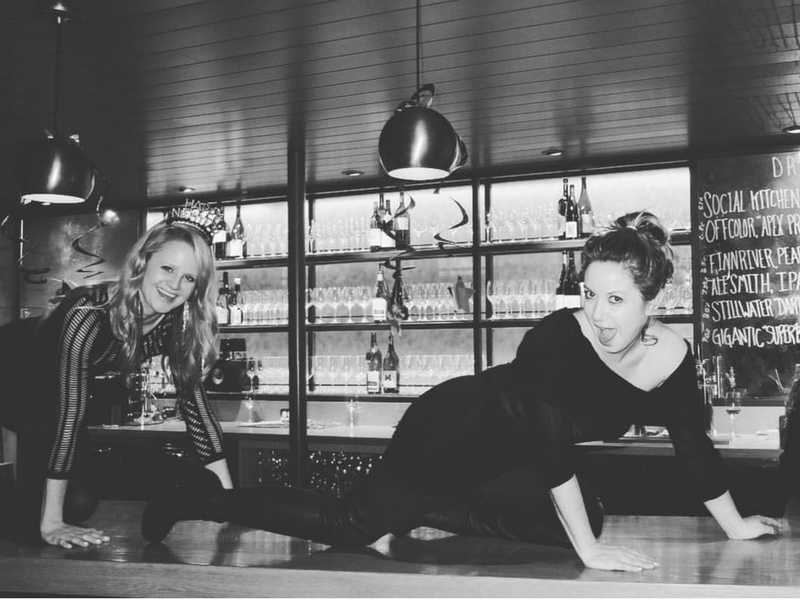 
Let’s see what Colleen has to say with our lightning round of questions:

First thing you thought of when you woke up yesterday?
Coffee!

Weirdest thing that happened while opening Cadet?
The 2014 earthquake happened a month in to being open. Since then we’ve thought nothing can be as bad as that.

The best hangover hack you’ve come up with?
The best cure I’ve found, and I can swear by it: Drink less!

Let’s say you have to eat a bowl of crickets for $40k bet. What wine would be the best pairing to help it go down?
Tequila.

What is the best thought about Napa Valley you’ve ever heard?
That Napa, compared to other wine regions, is still young. Napa still has so much growing and evolving to do.

Favorite thing on your menu right now?
Byron Kosuge’s Carneros Gamay. This might be the first true Gamay vineyard in Napa (as in Beaujolais Gamay, not to be confused with “Napa Gamay” which was rumored to be Valdiguie). Byron and his wife are great customers/friends of Cadet and they drink a lot of French Gamay, like a lot a lot. We just thought they were a little crazy about Gamay, but this year he revealed that he’d re-planted a vineyard he usually sourced Pinot Noir from to Gamay and was bottling the wine as soon as 2015.

What’s your favorite ’90s jam?
Anything from Tribe Called Quest. Everyone loves these albums and they get played a lot at Cadet on the record player. Even the younger generation knows and respects this hip-hop group. It’s the best and it works at 6pm or at last call.

If Mike from Dirty Jobs were to show up what would you have him do?
Clean and mop the floors at the end of the night like the rest of us. I’d love his help.

What’s the most difficult recipe you’ve ever attempted?
Making wine! It’s so fussy. That’s why I leave it to the experts.

Where is your favorite place to go on a weekday afternoon when you have no plans or obligations?
Angele for cocktails or the patio at Bistro Don Giovanni’s when the weather is nice

What record could you listen to in Cadet everyday for the rest of your life?
The first B-52’s album. Or any Talking Heads album. It sounds so current.

Someone walks into Cadet and asks you to serve them something quintessentially Napa Valley, what is it?
To us, an old vine Zinfandel from Biale / Carlisle / Turley. The history in the vineyards speaks for itself. Or a well-balanced and age-worthy cabernet from someone like Corison or Frog’s Leap.

A penguin walks through your door right now wearing a sombrero.
What does he say and why is he here?
“I don’t know anything about wine. What should I drink?”
He’s here because everyone else is and because we don’t discriminate. Cadet is for everybody.