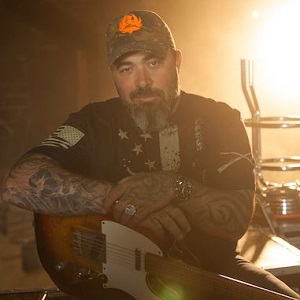 If it sounds like Aaron Lewis is long past defending his Country music pedigree, that would be a correct assessment. Lewis would prefer the music speak for itself and, with the release of SINNER, Lewis’ stunning Dot Records follow-up to his groundbreaking full-length solo debut The Road in 2012, any would-be detractors will be pretty much out of ammo. Lewis, however, is not.

SINNER blasts through today’s Country music doldrums like a shot of 100-proof whiskey, with the singer making zero compromises with either himself or the restrictions of a format that seems to have abandoned its rougher tendencies in favor of pop and ‘70s rock inclinations largely lacking in grit. “I’d like to think that SINNER is a newer take on classic, traditional Outlaw Country, Waylon and Merle and Willie, and Hank Jr. and Johnny Cash and all that stuff,” says Lewis. “That was the music I heard as a kid, and that’s the Country music that permeated my soul and stuck with me my whole life.”