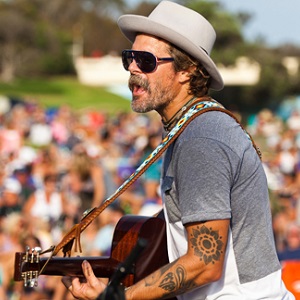 Donavon Frankenreiter’s new album, “The Heart,” officially marks the start of the singer-songwriter’s second decade as a solo recording artist. It’s been over ten years since the release of his self-titled debut, and in that time he has grown, not only as a musician but also as a man. He’s raising a family and nurturing two creative careers-one onstage, one in the waves but on top of all that, he’s still learning what makes him tick. And so, naturally, he named his album after his ticker.

The songs here are seriously sentimental, without question the heaviest material he has released to date. Part of that inspiration came from his co-writer, the prolific songwriter Grant-Lee Phillips, with whom Frankenreiter had collaborated in the past on his album “Pass It Around.” He recognized the ease with which the two worked together and sent Phillips a handful of new tunes and ideas. He was astonished at the brilliance of the songs that came back, and so quickly, but also by one of Phillips’ suggestions in particular.