I‘d Kill For A Parking Place at Lincoln Theater 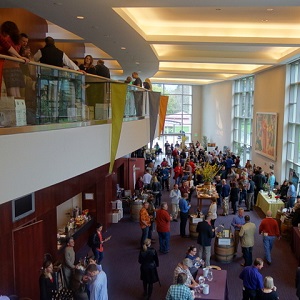 Who-dun-it? See if you can figure out who’s the killer before the detective does! After a series of killings, a new homicide detective seeks advice from an experienced criminal attorney, now a Traffic Judge only to find that the Judge may be the murderer. The usual suspects aren’t so usual in this intricate plot of twists and turns with lots of comedy and a surprise ending.

Highly regarded among his peers, the author, Jerry Levitin, had a successful criminal law practice in San Francisco before presiding over San Francisco Traffic Court for six years. His experience inspires much of the action in this play about—not so surprisingly—a Traffic Judge.

“If Levitin’s play has the humor and compassion he showed presiding over Traffic Court you’re in for a wonderful time.” —Former S.F. Mayor Willie Brown