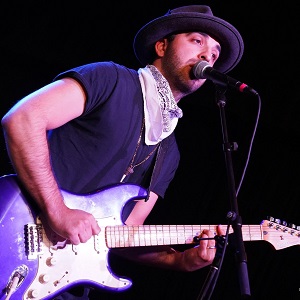 Broke in Stereo is the alias of performing artist, songwriter, guitarist and producer Cabell Harris. Since his first appearance in Brooklyn, NY; Harris has been wowing audiences with unique blazing guitar solos and provocative lyrics. As an independent artist performing he’s become known as a power house musician and artist that commands the room with presence and perceptive and introspective lyrical songs. After escaping the Northern California firestorms of Sonoma County in October 2017 the now Los Angeles based blues rock and alternative contemporary artist Broke in Stereo has finally returned to tour trio and bringing the best session musicians of LA with him.