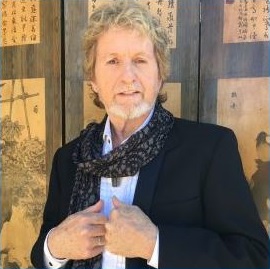 Singer, songwriter and multi-instrumentalist Jon Anderson is one of the most recognizable voices in progressive rock as the lead vocalist of Yes, which he co-founded in 1968. He was a major creative force behind some of the band’s most artistically ambitious ideas that yielded such groundbreaking and enormously popular albums as Fragile, Close to the Edge and Takes from Topographic Oceans. Anderson either wrote or co-wrote many of Yes’ timeless hits, including “I’ve Seen All Good People,” “Roundabout,” “Long Distance Runaround,” “Awaken” and “The Gates of Delirium.”