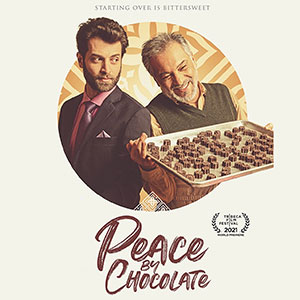 Join The CIA at Copia, in partnership with Cameo Cinema and Napa Valley Film Festival, for a special screening of the award-winning film, Peace by Chocolate, featured at the 2021 Tribeca Film Festival. The screening will be followed by a virtual Q&A with the film’s director, Jonathan Keijser. Tickets are required for this event.

After the bombing of his father’s chocolate factory, a charming young Syrian refugee struggles to settle into his new small-town life, caught between following his dream and preserving his family’s legacy. Watch the trailer.