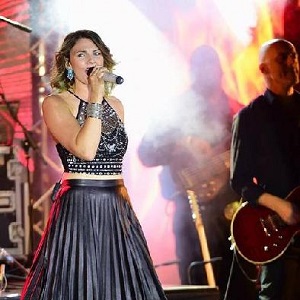 Taryn Cross started her journey in the music industry as a country singer, landing opportunities to open for big names such as Randy Travis, Eric Church, Love & Theft, and more. In October of 2016, she released a pop-rock EP titled, “Break Some Rules” to show off a new side. Currently, she is receiving radio play on over 100 stations nationwide. Taryn has a deep, sultry tone that is uniquely hers. Her live shows have a little something for everyone, crossing musical boundaries and showing off her genuine passion for performing.