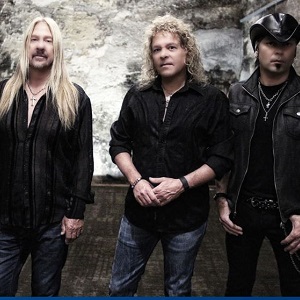 “Meniketti [Y&T lead singer] is one of the most underrated singers on the face of the earth, ” – Ronnie James Dio. Before Mötley Crüe, before RATT, even before Metallica, Y&T was slogging away in rock clubs around America. When the band formed in the early 1970s, little did they know they would set the standard for hard rock bands that trailed. Many of the biggest acts of the ’80s became a popular opening for headliners Y&T—and cut their teeth on the band, as evidenced by the Y&T mentions in tell-all books by acts such as Metallica and Mötley Crüe.