Share with your friends
Submit
Bottle Shock, the charming 2008 movie based in Napa Valley, has become a favorite film for many wine lovers. It tells the story about how a chardonnay crafted by a Napa Valley winery beat every French competitor in the Paris Wine Tasting of 1976, a feat that was unthinkable at the time. The wine, made by Chateau Montelena, became a symbol of the burgeoning California wine scene, introducing the world to the wines of Napa Valley and cementing Northern California as one of the premier winegrowing regions in the world.

The movie, set in Napa Valley in 1976, stars well-known actors Bill Pullman (playing Chateau Montelena’s Jim Barrett), Chris Pine (as Jim’s son Bo Barrett), and Alan Rickman (as British expat Steven Spurrier). However, this story of a father-son team taking on the European elite was altered, just a little, from the reality; in true Hollywood style, artistic licensing usually comes into play with movies that are “based on a true story.” Here is how the film compares to the true story of this monumental blind tasting. 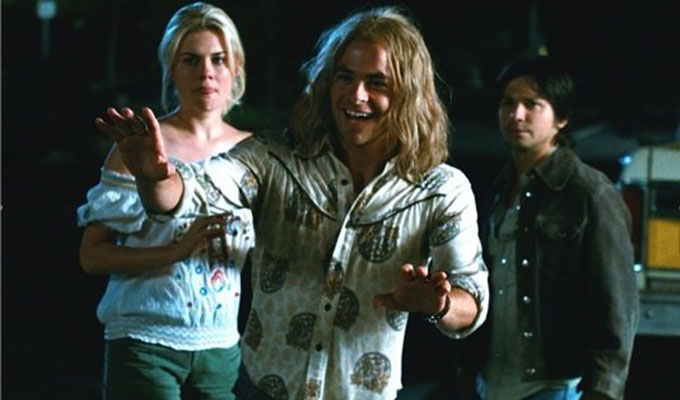 FACT: Playfully portrayed by Chris Pine, Bo Barrett, the son of Chateau Montelena’s winemaker Jim Barrett, is an unruly California surfer dude who frustrated his father due to his low ambition. Bo was indeed a surfer and a rebel in the early 1970s, but he has since lived up to the elder Barrett’s hopes: Bo is currently the CEO of Chateau Montelena and has been involved in every vintage at the winery since 1972.

FICTION: The father-and-son duo were a bit less physically violent than the film leads viewers to believe. There is no boxing ring on the Barrett property or in the vineyards, nor did Jim and Bo ever box each other.

FICTION: Though he ended up owning the historic Chateau Montelena Winery, Jim Barrett did not craft the wine that went on to win big in France. Mike Grgich, a Croatian-American winemaker in Napa Valley, was actually the winemaker of the 1973 Chardonnay that won the Paris Tasting of 1976, known as the Judgment of Paris. While originally written into the script, Mike was cut from the movie because he did not want to be a part of the film. 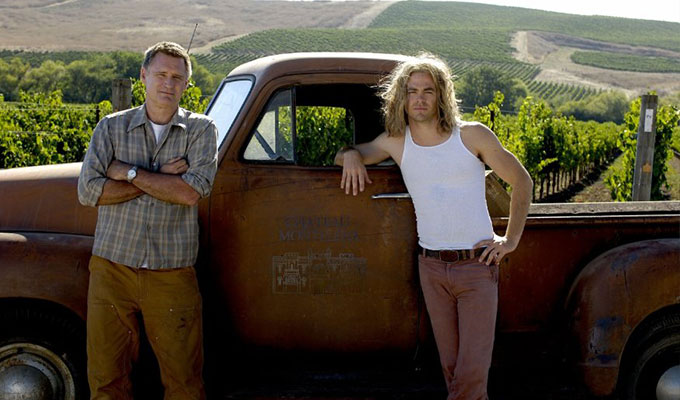 FICTION: In the film, the Chardonnay turns brown for 24 hours after bottling, a twist that devastates Jim, who believes his new release is doomed. Though the wine did turn off-color for a short time after it was bottled, this is actually a somewhat common occurrence, and real-life winemaker Mike Grgich totally knew how to handle the situation.

FICTION: Jim and Bo are shown living at the Napa Valley winery during the summer of 1976, but they actually lived much further south, near Los Angeles, and took long trips up the coast in order to operate Chateau Montelena. Jim was actually a certified pilot, and he often flew into the nearby Santa Rosa airport when he had to spend time at the winery. 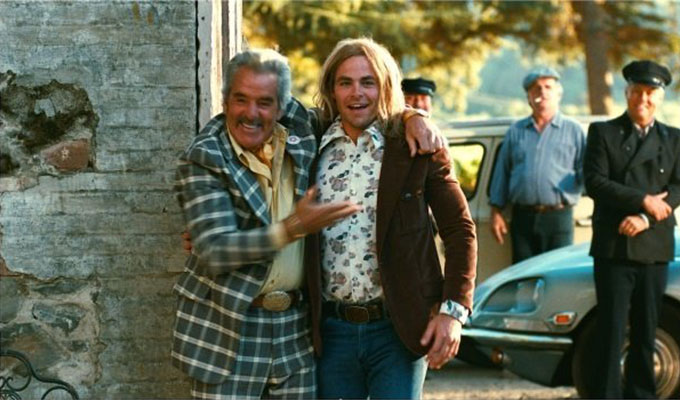 FACT: Bo and Gustavo Brambila, played by Freddy Rodriguez, are portrayed as close friends, with Bo as the prankster and Gustavo as the serious one. The two struck up a friendship in the 1970s, although Gustavo was not actually involved at all with Chateau Montelena’s win at the Paris Wine Tasting. Gustavo, one of the first Latinos to earn a degree in fermentation science from the University of California, Davis, was hired by winemaker Mike Grgich to do quality control in 1976, although it was after the famed tasting. Bo and Gustavo remain close friends to this day.

FICTION: In the film, Gustavo is fired by Jim for producing wine under his own label. However, Gustavo was never fired, but instead left the winery on good terms. He actually left in 1977 to work for Mike when the former Chateau Montelena winemaker created his own brand, Grgich Hills Cellar. In 1996, Gustavo did go on to create his own label, Gustavo Wine, which continues to operate to this day.

All in all, Bottle Shock is fairly faithful to the true story, although some people, like Mike Grgich, made major contributions that weren’t included. Nevertheless, you can still experience some of Napa Valley’s history through this movie. Of course, you likely won’t be able to enjoy the winning 1973 Chateau Montelena Chardonnay, but it’s still fun to sip one of the winery’s current releases, or perhaps one from Grgich Hills Cellar or Gustavo Wines, while watching.