Your Guide to BottleRock Napa Valley

Delicious food, local wine, and some of the biggest names in music together for one long weekend in Napa Valley? We’re in! The uber-popular BottleRock Napa Valley festival returns May 24 – 26, 2019 to kick off summer in style, bringing yet another year of amazing live music and plenty of fun to be had. Here’s what you need to know before you go.

Naturally, anything that combines live music with high quality food, craft beer, and incredible wine in the middle of Wine Country will draw crowds. And when it happens to take place over Memorial Day weekend in Napa Valley, you can bet that tickets sell out quickly. Tickets range from one-day general admission passes for $159+ (still available!) to a range of three-day VIP experiences (all sold out), so if you want to have options for next year, you’re going to have to buy tickets well in advance. Luckily, if planning things ahead of time isn’t in your DNA, you can still purchase your wristband — at least for now. 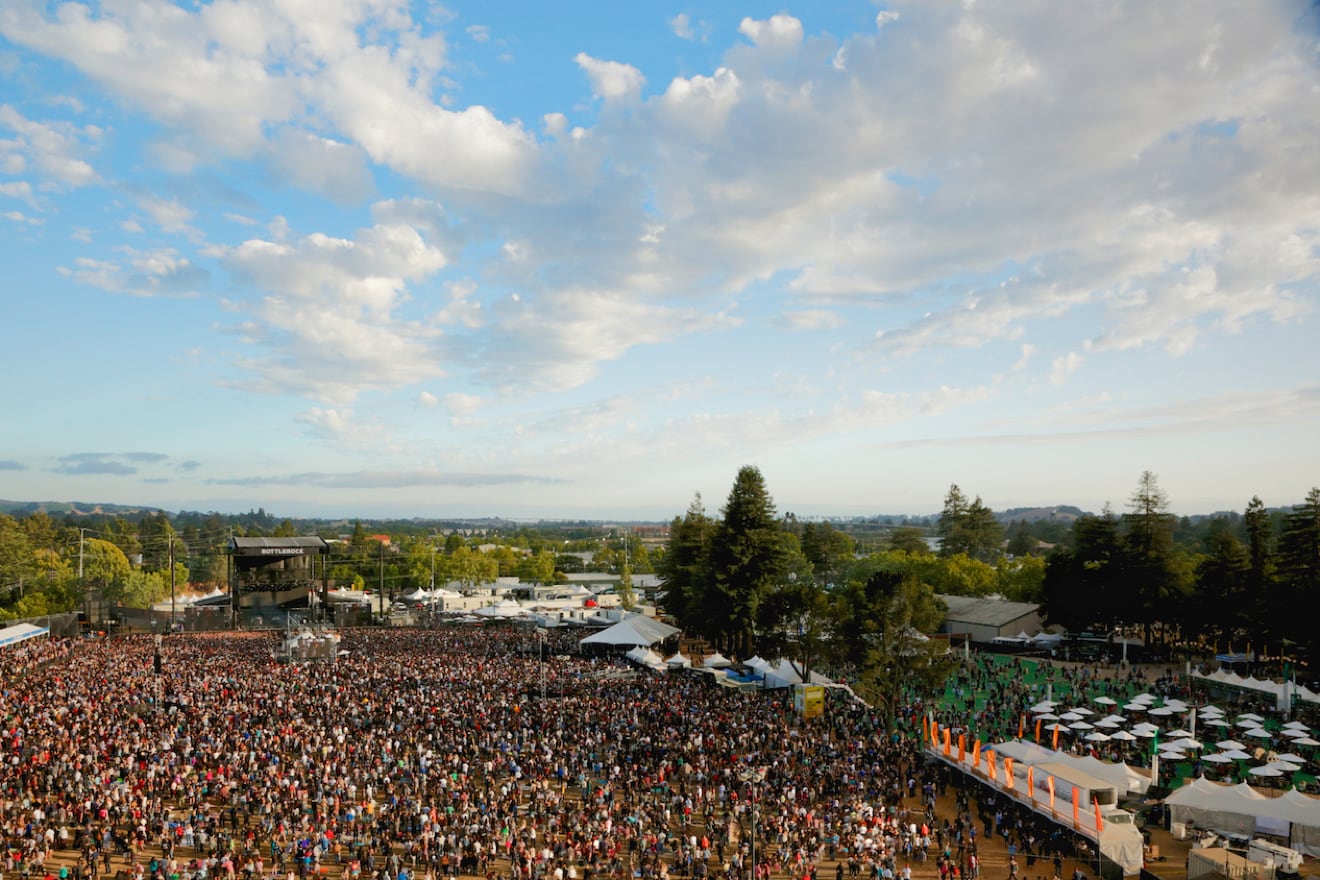 Regardless of where you’re coming from, you’ll want to have a plan (in advance) for getting to and from the event, as missing your favorite band because you’re stranded would be a major bummer. You could arrive by Amtrak train or by airplane, as the Charles M. Schultz – Sonoma County Airport is right smack in the middle of Wine Country, then coordinate transport from there to the event. BottleRock buses operate daily from San Francisco, Sacramento, Oakland, San Jose, Fairfield, Sonoma, Mill Valley, Palo Alto, and Santa Rosa. There’s also a designated Uber / rideshare pick-up zone, as well as complimentary bike parking if you decide to cruise over on two wheels. If you do plan on driving yourself, then bring your friends with you — if you arrive at the festival with four or more in your car, you’ll be eligible for a VIP upgrade (winners are selected at random upon arrival).

Yes, there’s great scenery. And yes, there’s great food and drink. But let’s be honest… BottleRock is about the music. On Friday, May 24, Imagine Dragons, Flora Cash, Lovelytheband, One Republic, and many more will perform, while Saturday finds Neil Young, Cypress Hill, and Elle King all taking the stage, to name just a few. On Sunday, May 26, enjoy the sounds of Lord Huron, Santana, Citizen Cope, Mumford & Sons… the list goes on. Check out the full line-up here. 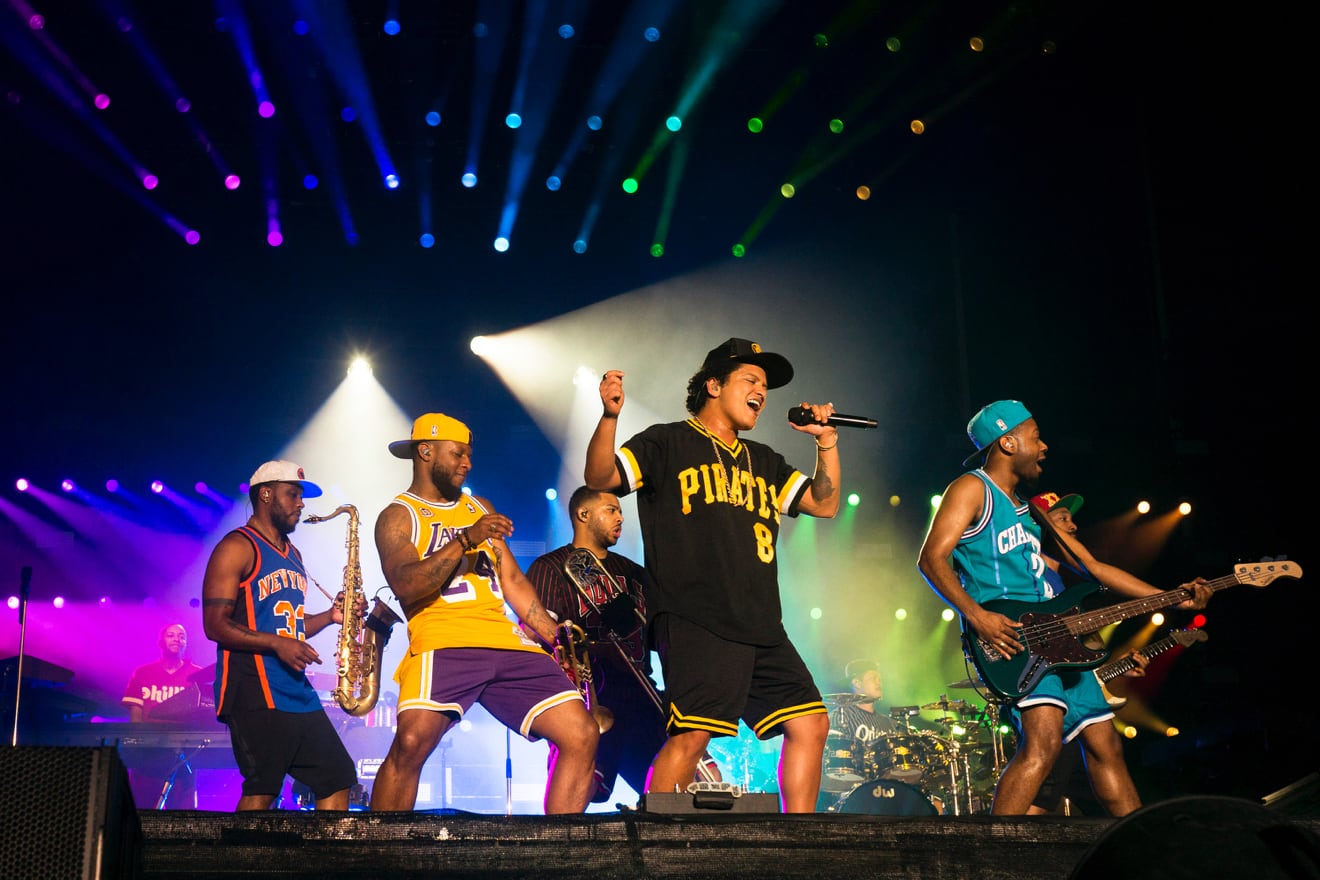 This festival does take place in Napa Valley, so it’s to be expected that the wine offerings will be top-notch. Whether reaching for a crisp sauvignon blanc, palate-pleasing rosé, or acclaimed cabernet sauvignon, the staff of BottleRock sommeliers and wine experts will be there to make sure your glass is always full. Not a wine drinker? There will be plenty of cold and refreshing craft beers on hand, as well as a bourbon bar for something a little different, offering a large selection of tasty bourbons from across the nation. Psst… We recommend getting Apple Pay, so you can skip the lines and pay for your drinks in the designated Fast Lanes. 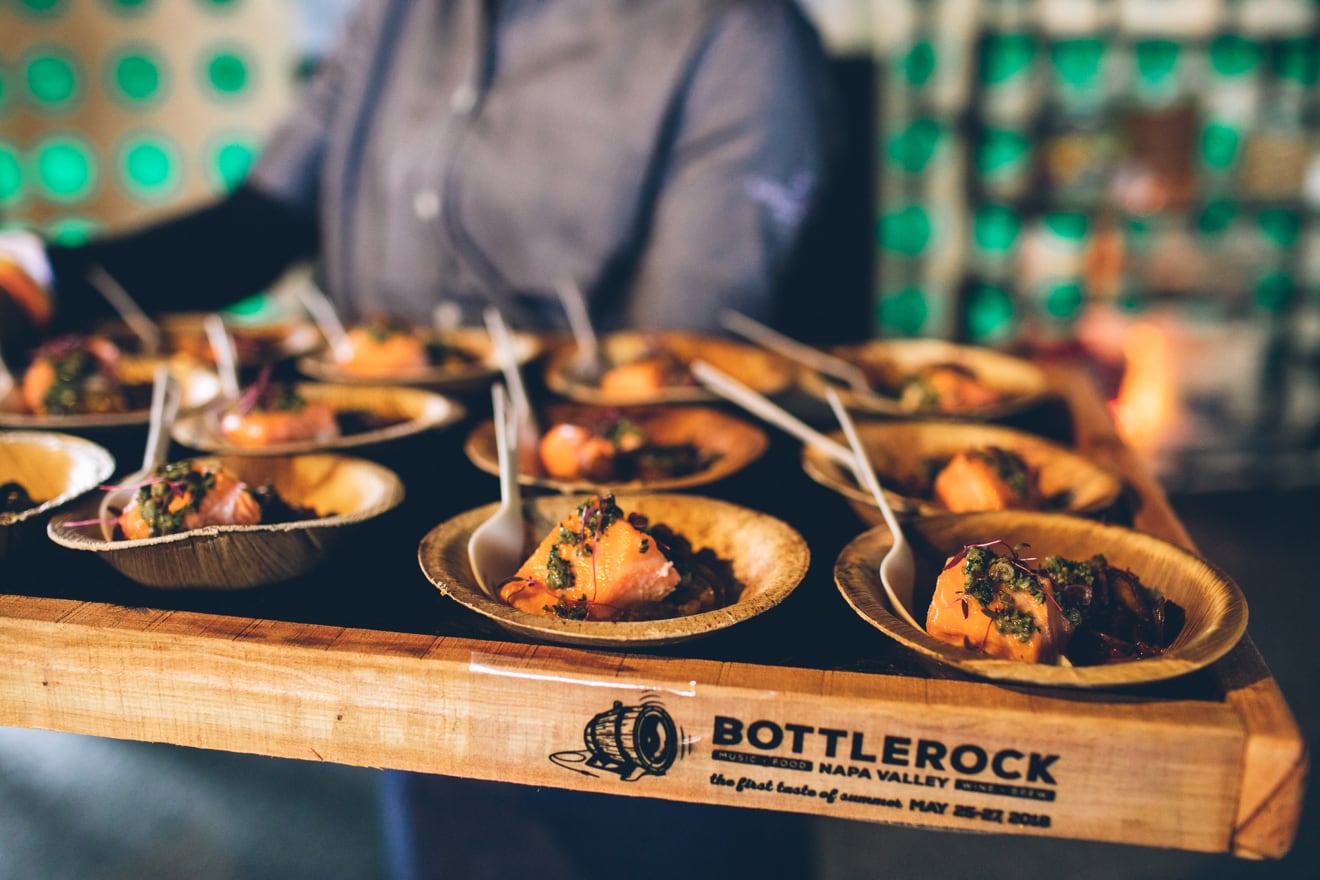 With a culinary program to match the vibrant food scene in Napa Valley, BottleRock over-delivers when it comes to festival food. Expect a who’s who of Napa eateries dishing up gourmet selections, while over at the Culinary Stage, renowned chefs and musical performers will team up for mouthwatering entertainment. This year, celebrity chefs and food personalities such as Padmi Lakshmi, Andrew Zimmern, Trisha Yearwood, and Gail Simmons will grace the BottleRock Culinary Stage, along with a diverse selection of famous faces like Alice Cooper, Jeff Goldblum, and Too $hort. 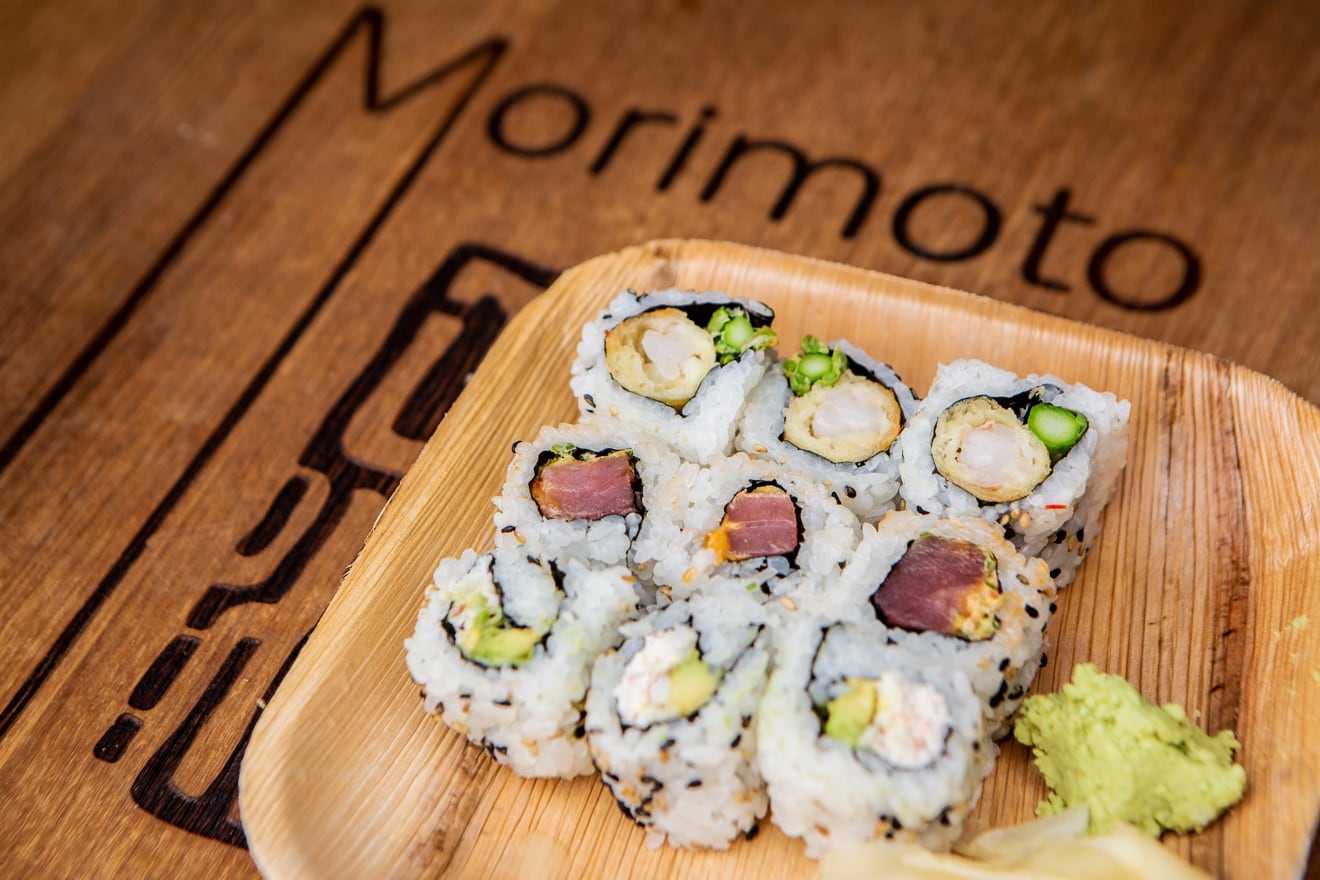 Napa’s JaM Cellars is the Presenting Sponsor of BottleRock for the fourth year in a row, and you can bet they are bringing it. Get up close and personal with artists while sipping Candy Frosé at the JaMPad, featuring unplugged JaMSessions with artists like Michael Franti and Bishop Briggs. The first 100 people to visit the JaMPad each morning will get a limited-edition JaMSession gig poster and even be entered into a drawing to win upgrades and three-day passes to BottleRock 2020! 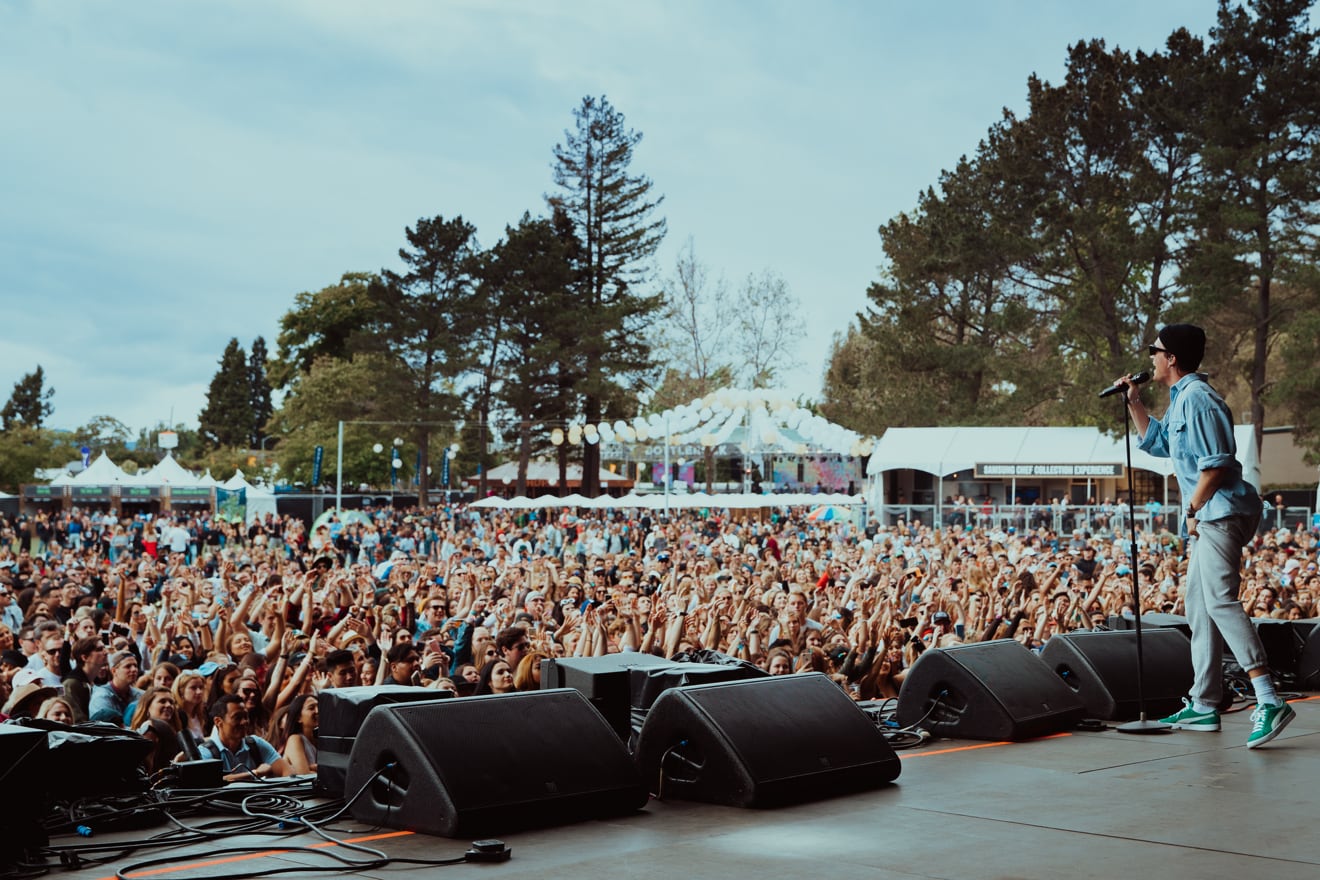 Rest and rejuvenate… at a music festival?

You read that right — in between all that standing and dancing you can partake in foot and body massages, mini facials, and even hydration therapies at BottleRock. We promise, taking a moment to pamper yourself will make your BottleRock experience even that much more amazing. Enjoy!

– 8 Reasons Napa Valley is so Awesome in the Summer –

Hana-Lee Sedgwick is a writer and editor based in her hometown of Santa Barbara, California. Specializing in all things wine, food, and travel, her work regularly appears in publications such as Santa Barbara Magazine, The Tasting Panel, and Edible. Whether for work or play, she never tires of exploring California wine country. Follow her on Instagram at @wanderandwine or visit her blog, wanderandwine.com.