7 of Napa Valley’s Most Exciting Winemakers

Share with your friends
Submit
Check out this list of Napa Valley winemakers who are doing new and exciting things in the world of wine production. These are winemakers with a strong point of view who are eschewing the traditional in favor of their own visions. The results taste incredible. 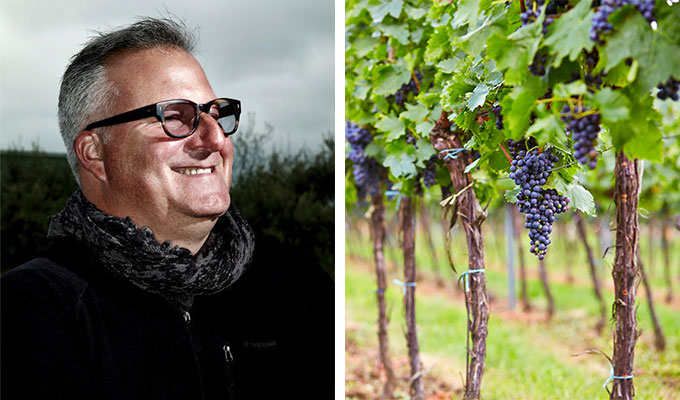 
Former philosophy professor Abe Schoener fell into winemaking after working an internship at Stag’s Leap Wine Cellars in 1998 while on sabbatical from teaching. He founded The Scholium Project and produced his first vintage of wine in 2000. Schoener has a radical and fascinating style, constantly questioning the accepted norms of winemaking. Possibly his most controversial wine to date is one released just last year: Blowout, a force-carbonated wine of Verdello and Grüner Veltliner. His signature wine, Prince in His Caves Farina, is a Sauvignon Blanc that sits in the skins for three weeks, a production process traditionally used only in making red wine. 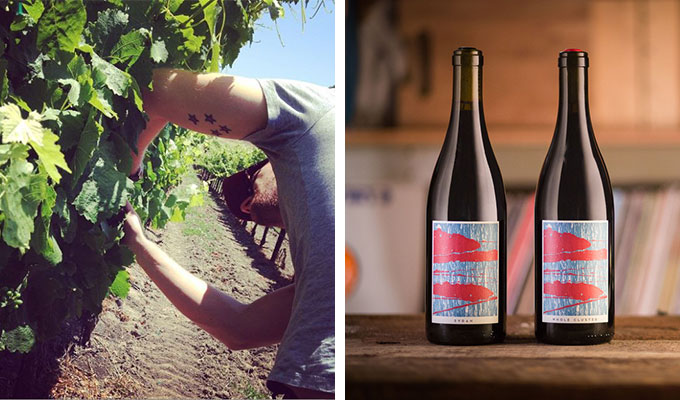 
Benevolent Neglect was founded by two east coasters, Matt Nagy and Ben Brenner, whose winemaking philosophy is to find the best possible fruit, and then do as little as possible to it to create the purest possible reflection of the grapes themselves. Their inaugural vintage was released in 2013, and an age-worthy 2014 Syrah was just released in March. This single-clone, single-vineyard, single-block wine comes from the Las Madres vineyard in the Carneros AVA, and undergoes 100% whole-cluster fermentation.

Hardy Wallace of Dirty and Rowdy 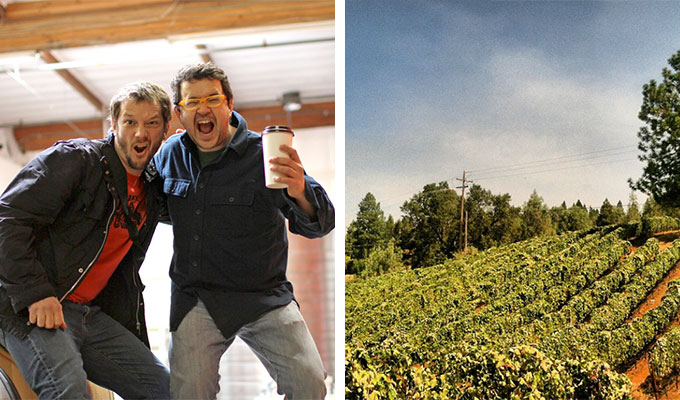 
When Hardy Wallace was let go from his technology sales job in 2009, he sold his home in Georgia, and moved to Napa Valley. This major leap of faith ultimately paid off: he founded Dirty and Rowdy with his wife, and their partners Matt and Amy Richardson in 2010, and the label has had tremendous success. This team makes wine from the best grapes grown at consciously farmed vineyards, with a focus on unique varieties like Semillon and Mourvedre. Check out their 2015 California “Familiar” Blanc, a white wine blend of Chenin Blanc, Pinot Blanc, Chardonnay, Melon, Roussanne, and Viognier. It undergoes native fermentation and has zero additions. 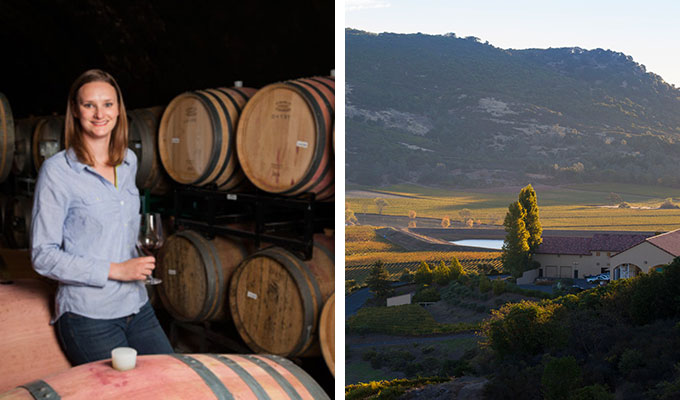 
Bay Area native Melissa Apter began her wine career in the tasting room at Saddleback Cellars, before going to South Australia to work a harvest internship at Torbreck. She then began working at Antica Napa Valley in 2013. After serving as an enologist and assistant, she was promoted to winemaker of Antica Napa Valley in 2015. Today, she specializes in Italian-style wines, like her rich, full-bodied Townsend Vineyard Cabernet Sauvignon. 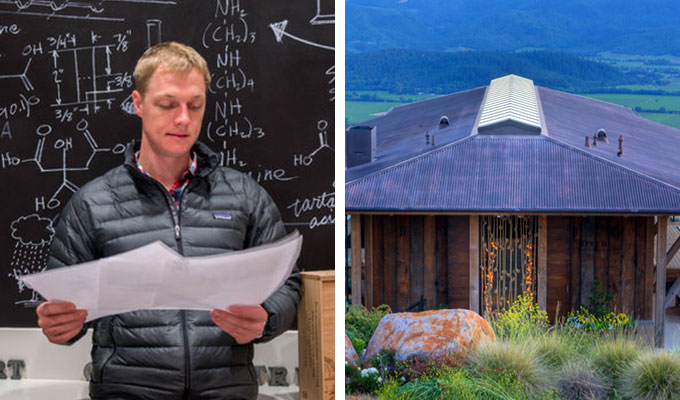 
Austin Peterson’s love affair with winemaking began years ago — he made his first wine when he was only a teenager. Peterson was raised in a winemaking family: his father was a grower for Beringer and would later work for their luxury division. When Peterson went to college at UC Davis, he didn’t intend to study wine, but an introductory winemaking class changed his mind. After studying winemaking at UC Davis, he travelled the world, working harvests in Australia, New Zealand, Argentina, South Africa, and France. He began working for Ovid Winery in 2006, and after a tenure as assistant winemaker, he was promoted to winemaker in 2011. Peterson is known for taking risks, like creating a Napa Valley Red Blend called A2.7, a 2007 vintage blend of entirely concrete-fermented lots, aged in French oak barrels. 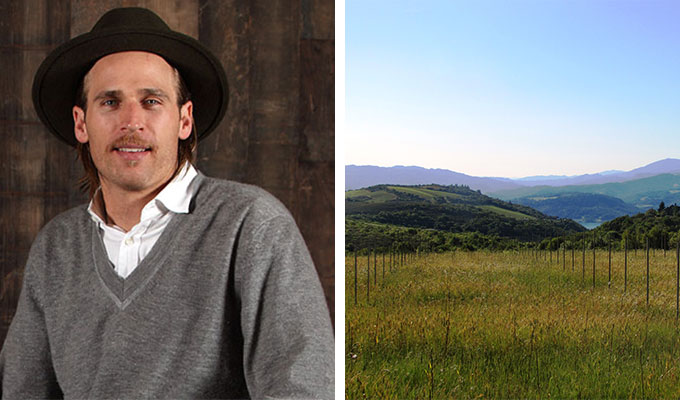 
Carlo Mondavi is a 4th generation vintner (he’s Robert Mondavi’s grandson), but this isn’t just a legacy gig for him—he’s serious about wine. He’s been working in the business since 1996, when he started working at Robert Mondavi and Opus One. After going to school in France and Italy, he returned to the Napa Valley to produce wine. Today, he works alongside his family at his father Tim Mondavi’s Continuum Estate, where he produces an exceptional Cabernet Sauvignon, grown on Pritchard Hill. Along with his brother Dante, Mondavi crafts Sonoma Coast Pinot Noir from obscure regions under his other label, RAEN (Research in Agriculture and Enology Naturally). They currently make three Pinot Noirs from three distinct Sonoma Coast sites. 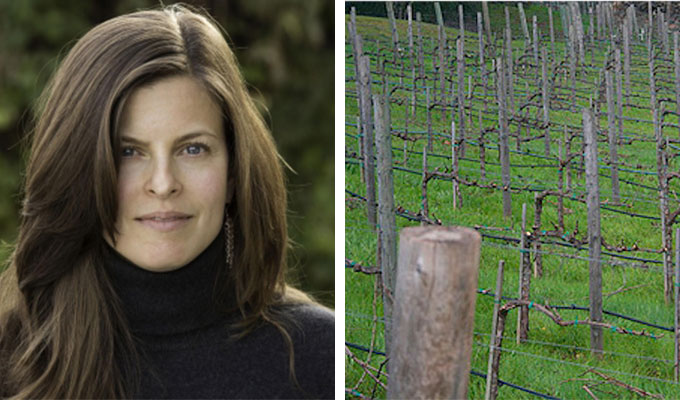 
Helen Keplinger’s extensive experience working in Europe has had a great influence on her winemaking style. Known for her attention to detail, she was named 2012 Winemaker of the Year in Food and Wine Magazine, and was appointed winemaker at Grace Family in 2014. She also produces under her own Keplinger wine label with her husband, and focuses on single-vineyard Rhone varieties. Her private label 2013 Vermillion red wine is incredible and multi-layered, with only 400 cases produced.

These up-and-coming Napa Valley winemakers are just beginning to make their mark in the world of wine. These are the ones to watch — they’re creating innovative and compelling wines, and are sure to be around for many years to come.