The Most Expensive Napa Valley Wines Ever Sold

Share with your friends
Submit
With its long tradition and bevy of talented winemakers, Napa Valley produces some of the most expensive bottles of wine in the world, including the current record holder. The prices aren’t just for show — throngs of wine lovers wait for years on lists, scrub the Internet, and travel to auctions for the chance to get a sip of some of these fantastic, and extremely pricey, bottles. 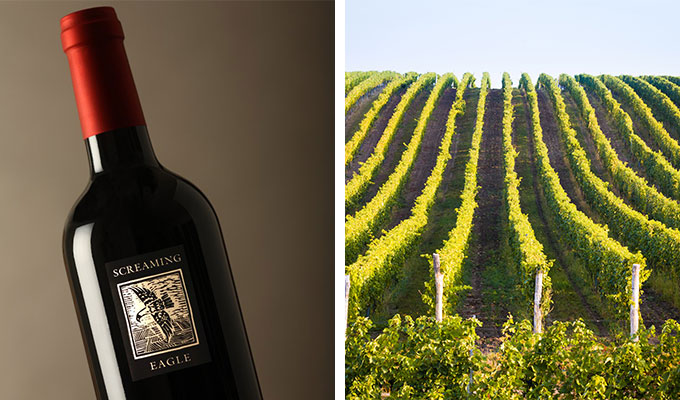 
An imperial bottle—six liters, that is—of this vintage sold in 2000 at the Napa Valley Wine Auction for the astounding price of $500,000. Not only did this bottle become the most expensive Napa Valley wine ever sold, it was also the most expensive bottle of wine ever sold, anywhere. Since the proceeds went to charity, it is often kept off “most expensive wine” lists, but it still fetched thousands more than any other bottle. If you get lucky, you might find a 750 milliliter bottle for less than $10,000, though more current vintages can still be pricey, with the 2010 often selling for more than $3,000. 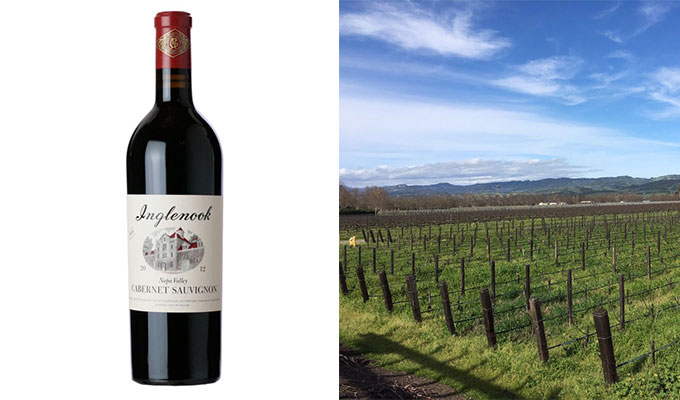 
The fact that this bottle was sold for so much is intriguing, because it was produced decades before Napa Valley became the renowned wine region it is now. Still, Inglenook Vineyard proudly calls this red the “wine of the century.” The magazine Wine Spectator backed up the claim with a perfect 100 score, and many Napa Valley insiders consider it one of the best Cabernets ever produced. Film director Francis Ford Coppola bought a bottle in 2004 for almost $25,000 and noted, after having a glass, that the wine had a delightful violet and rose petal aroma. 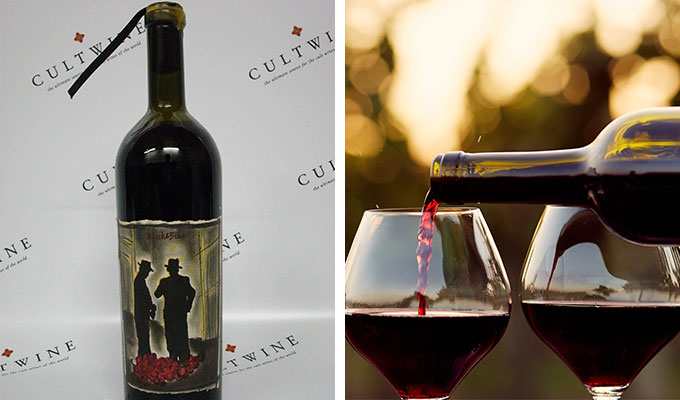 
Known as a “cult” wine with an extremely limited production, a bottle of this Syrah from Sine Qua Non often costs more than $3,000. This 1992 vintage was grown by Havens Cellars in Napa Valley, and was produced by the extremely talented winemakers at Sine Qua Non. If you have the cash, bottles of this famous vintage are somewhat commonly available online or from wine dealers. Don’t hold on to it for too long, however: you’ll want to drink it within the next decade or so. 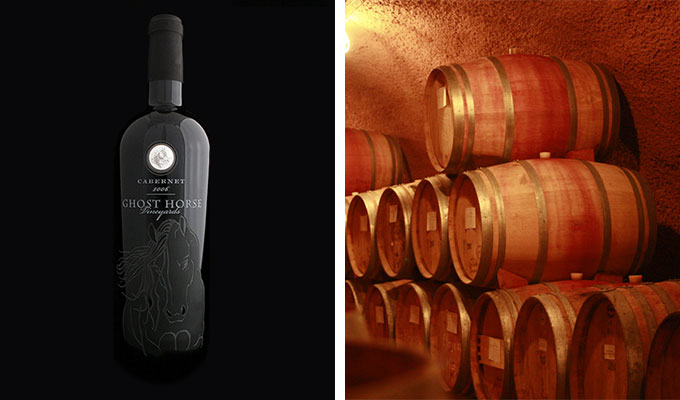 
Ghost Horse Wines and Vineyards, located in the southeastern part of the region, only grows Cabernet. Produced by celebrity winemaker Todd Anderson, one of the most experienced minds in the state, bottles of these Cabernets often cost a grand or more each. Occasionally, Ghost Horse Wines and Vineyards customers love the wine so much, they buy the entire barrel. Depending on the vintage, each barrel, which usually contains 23 cases or 276 bottles, costs between $95,000 and $1,000,000. If you’re willing to spend that much, at least know that Todd will likely deliver the barrel to your doorstep personally. 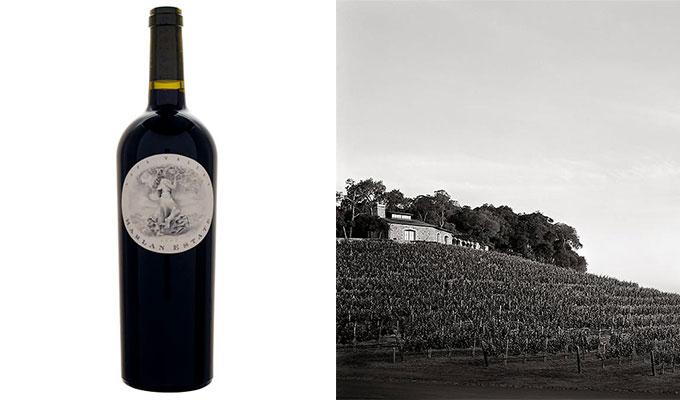 
As California Bordeaux-style wine becomes more popular on the world market, the prices for bottles of this sumptuous red from Harlan Estates keep going higher. Owner Bill Harlan and winemaker Bob Levy, one of the most respected in Napa Valley, restrict production to a bare minimum, and often release fewer than 2,000 cases each year. A top vintage can easily cost close to $1,000, with a 1.5 liter bottle of 2011 Cabernet costing almost double that right now. 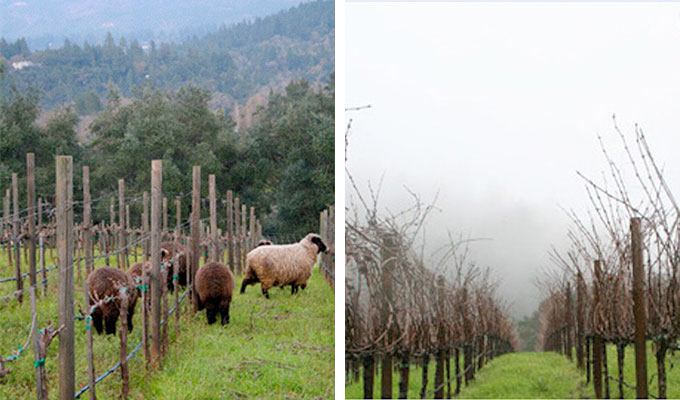 
Only growing Cabernet, Grace Family Vineyards introduced the “cult” winery concept to Napa Valley in the ‘70s and has earned raves for almost every bottle released since then. The winery only produces 400 cases of each vintage, and wine lovers who come across a bottle at auction are often willing to pay more than $700 for the privilege of tasting the immensely powerful flavor of these Cabernets. 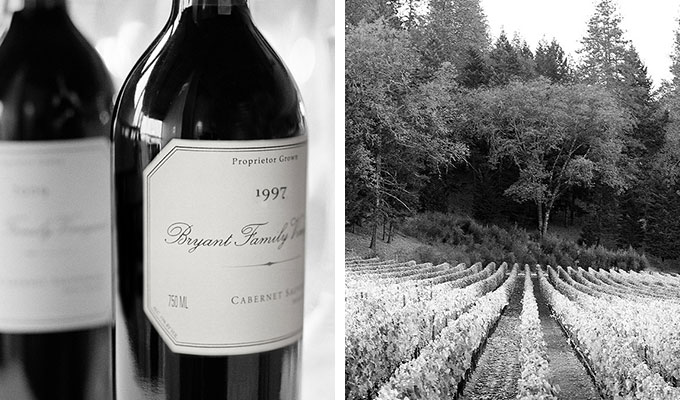 
Bryant Family Vineyard only produces 1,000 cases of Cabernet every year, and the bottles quickly sell out to the vineyard’s wine club members and Napa Valley insiders. On the resale market, these bottles easily cost between $600 and $800, depending on the vintage. Don’t think that you can just sign up for the wine club though — membership is strictly regulated and there is a long waiting list. Only now is the winery adding people who joined the waiting list in 2010 to the membership roster. 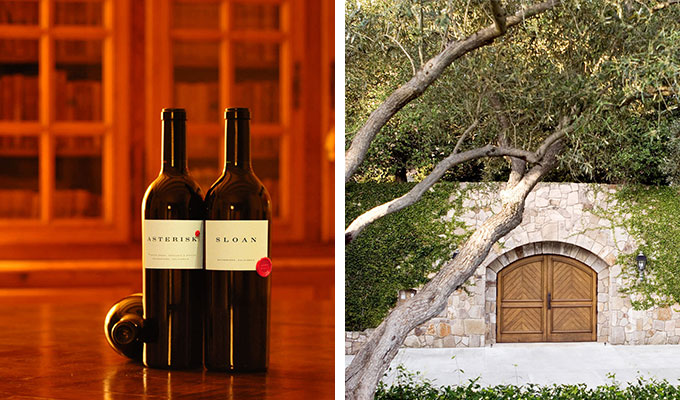 
Sloan Estate is one of the most exclusive wineries in the state of California, and is never open to the public. In fact, spots on its mailing list are reserved for only a small number of respected clients who are carefully vetted for the honor. The dense and powerful Cabernets produced by Sloan Estate are highly respected, with roughly 600 cases released each year. The 2007 vintage cost $600 at the time of its release.

Exclusivity, skill, and love of wine are what make these bottles so astoundingly expensive. Fortunately, for those who aren’t able to drink away a few thousand dollars, there’s plenty of delicious Napa Valley wine that won’t max out your credit card.