Best Craft Breweries and Distilleries in Napa and Sonoma

Wine isn’t the only wonderful, carefully crafted drink worth imbibing while visiting Wine Country. A little known fact about Napa Valley and Sonoma County is that there are several artisan distilleries and small-batch breweries also available for tours and tastings (and some that offer bites to go with those libations). If you’re looking for a bit of a break from vino on your next visit, here are the best local brews and craft spirits with which to tempt your palate.

A Bustling Brewery at Oxbow 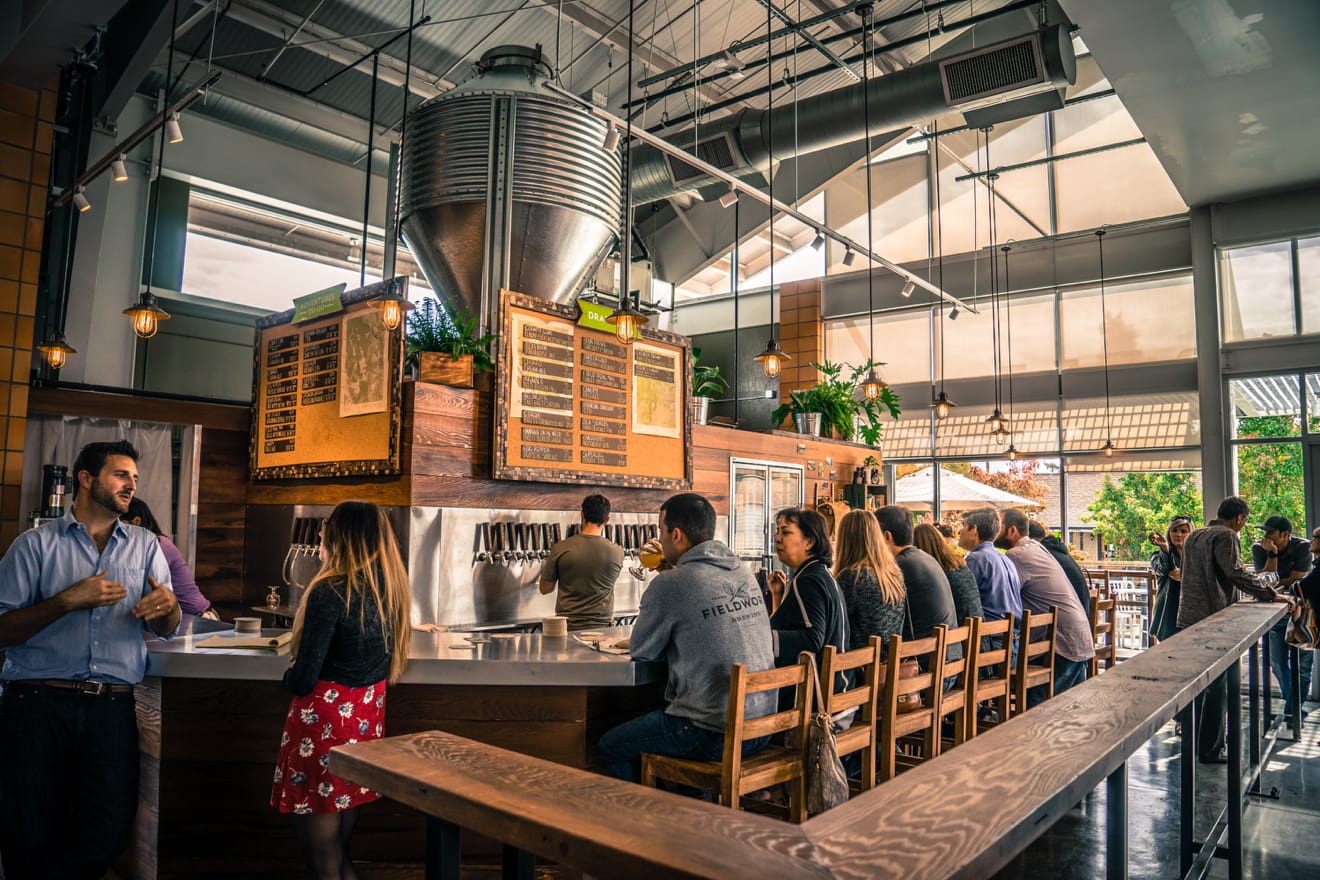 Founded in Berkeley, CA, this local brewery has a beautiful taproom in the bustling Oxbow Public Market in downtown Napa. Fieldwork Brewing features a rotating tap list of fresh releases, which can be enjoyed by sampler flight, by the glass, or to-go in growlers and Crowler cans. They don’t serve food here, but with the myriad of options from other top-notch vendors in the Oxbow Market, you’ll have plenty to choose from to pair with your drinks. 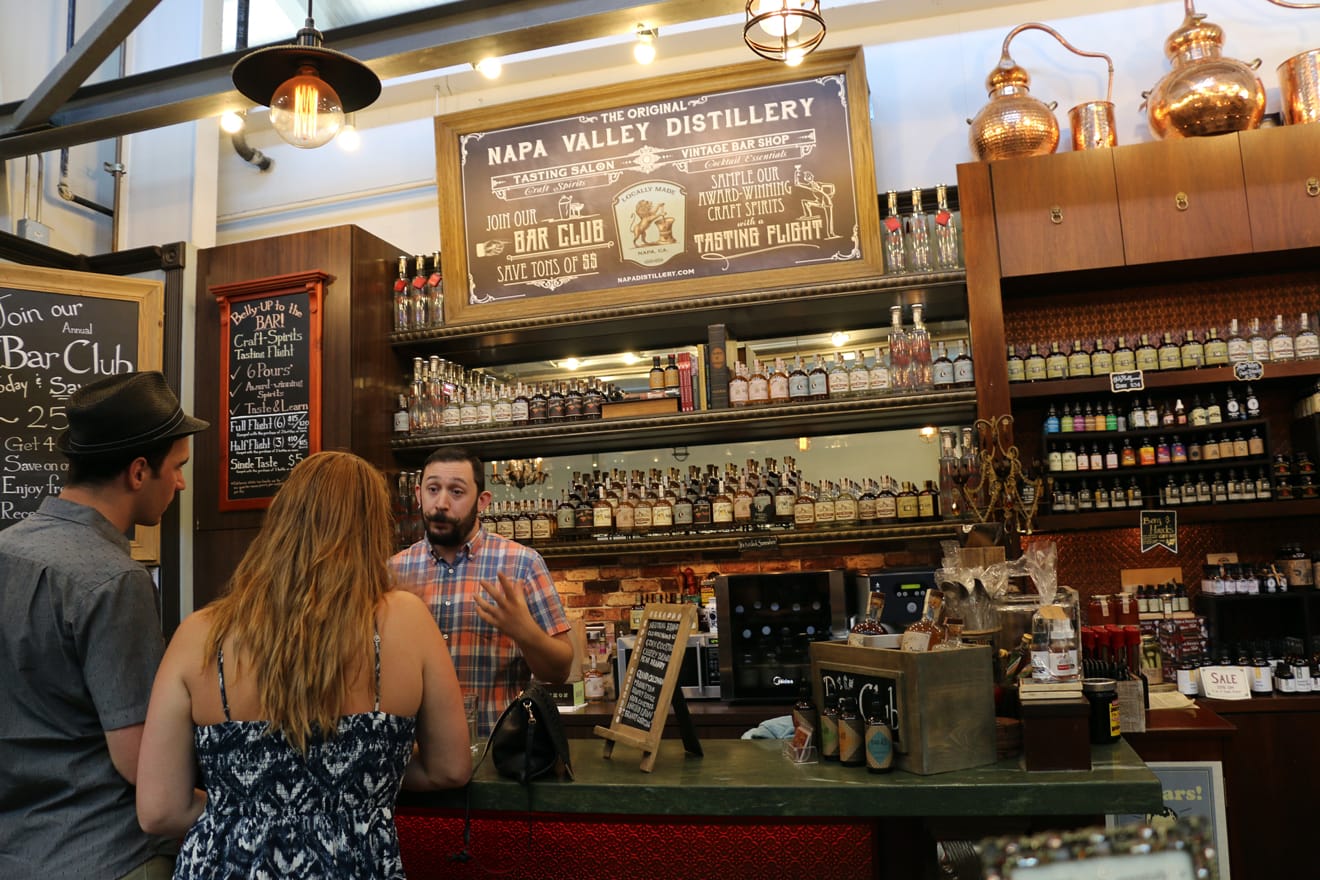 The first distillery to open its doors in Napa Valley since the end of Prohibition, this family-owned and operated distillery offers educational distillery tours, followed by tastings of flights of their award-winning products. With two locations for you to choose from, you can customize your craft spirit experience. Transport yourself back to the Roaring Twenties with a tasting at the Grand Tasting Salon, which is one part art deco speakeasy, one part tiki room, and all parts tasty spirits and education. A tour and tasting is $30 per person, and reservations are required, so be sure to book early. If you’re already headed to Oxbow Public Market (where there is no shortage of options for food, drink, and people watching), visit Napa Valley Distillery’s tasting bar, replete with mahogany wood vibes and brandies galore. A tasting flight is $15, and don’t forget to check out their bitters collection — the largest collection on the West Coast. 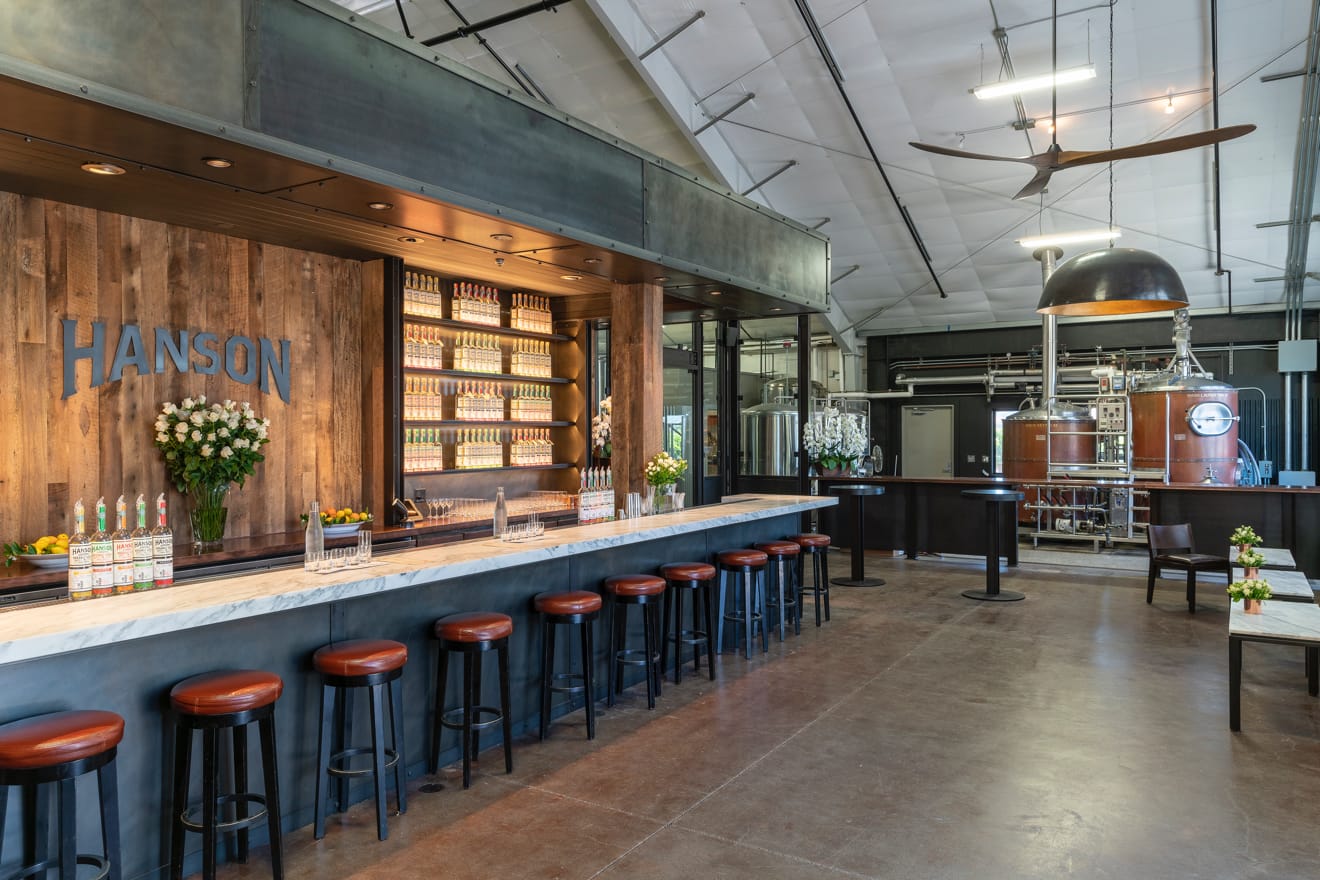 This family-owned craft distillery in Sonoma focuses on creating organic, grape-based, gluten-free, and non-GMO vodka. Typically, vodka today is made from sorghum, corn, rice, rye, or wheat. Hanson Vodka is made from grapes, which means the distillery turns grapes into wine, and then wine into vodka (the perfect fit for vodka made in Wine Country). Their infused vodkas are flavored with real, organic ingredients, and feature flavors such as cucumber, ginger, mandarin, habañero, boysenberry, and espresso. Reserve a spot in a vodka tasting, cocktail tasting, martini and caviar pairing, or try their introduction to mixology course with Hanson craft cocktails. Best of all, you get to taste in their beautiful, spacious tasting room, amid a library of color-coordinated vodka bottles. 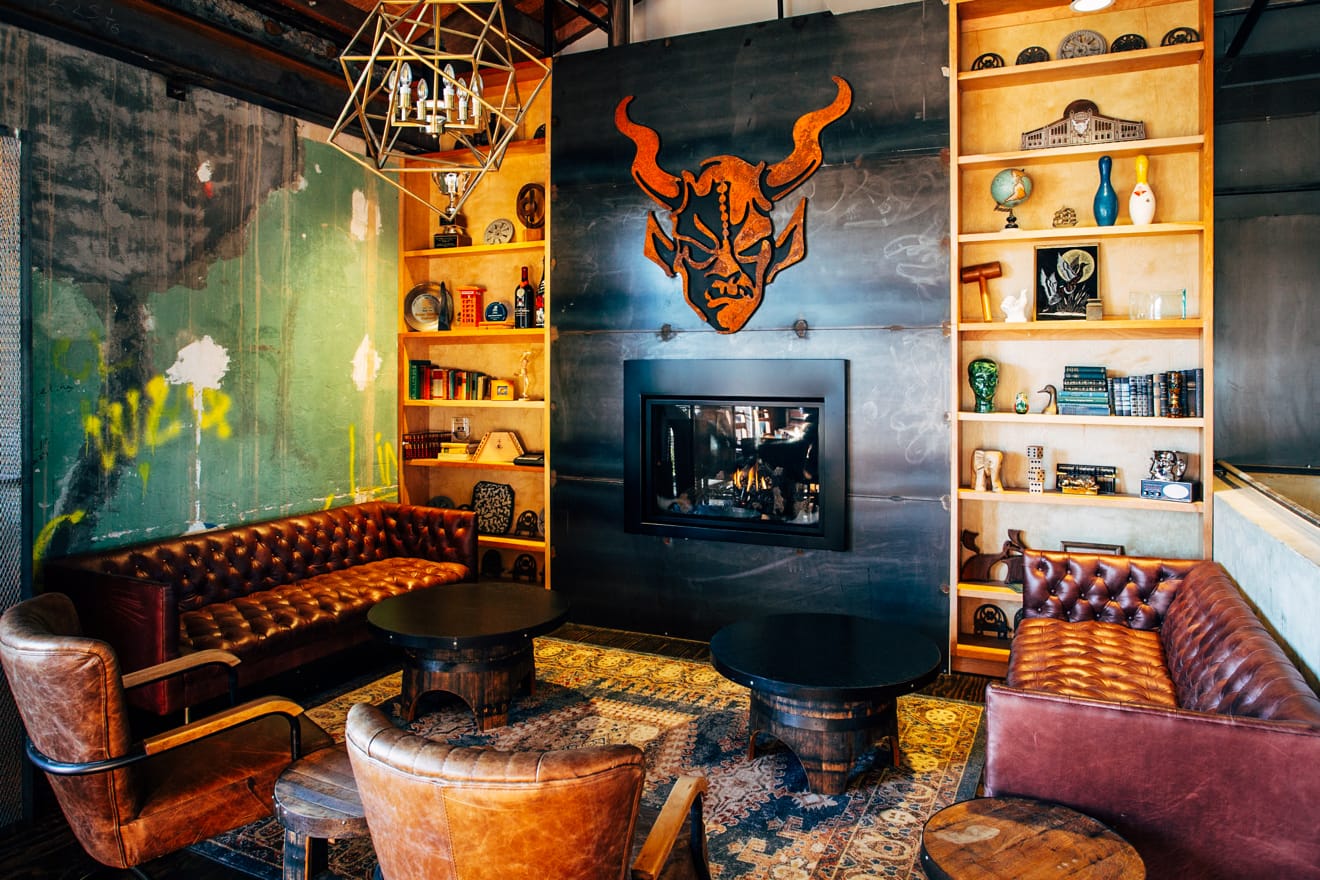 What started as a small microbrewery in San Diego in 1996 has these days turned into one of the largest craft breweries in the United States. Their Napa brewery features a menu full of craft beers and eclectic food items, which patrons can enjoy both indoors and out with a view of the Napa River. Order a flight for the outdoor patio at sunset, and maybe a dish or two, such as the Stone’s Impossible Burger, a plant-based burger that will make you forget you’re not eating meat. Need a little probiotic with your beer? Try the popular Boochcraft, flavored with grapefruit and hibiscus. 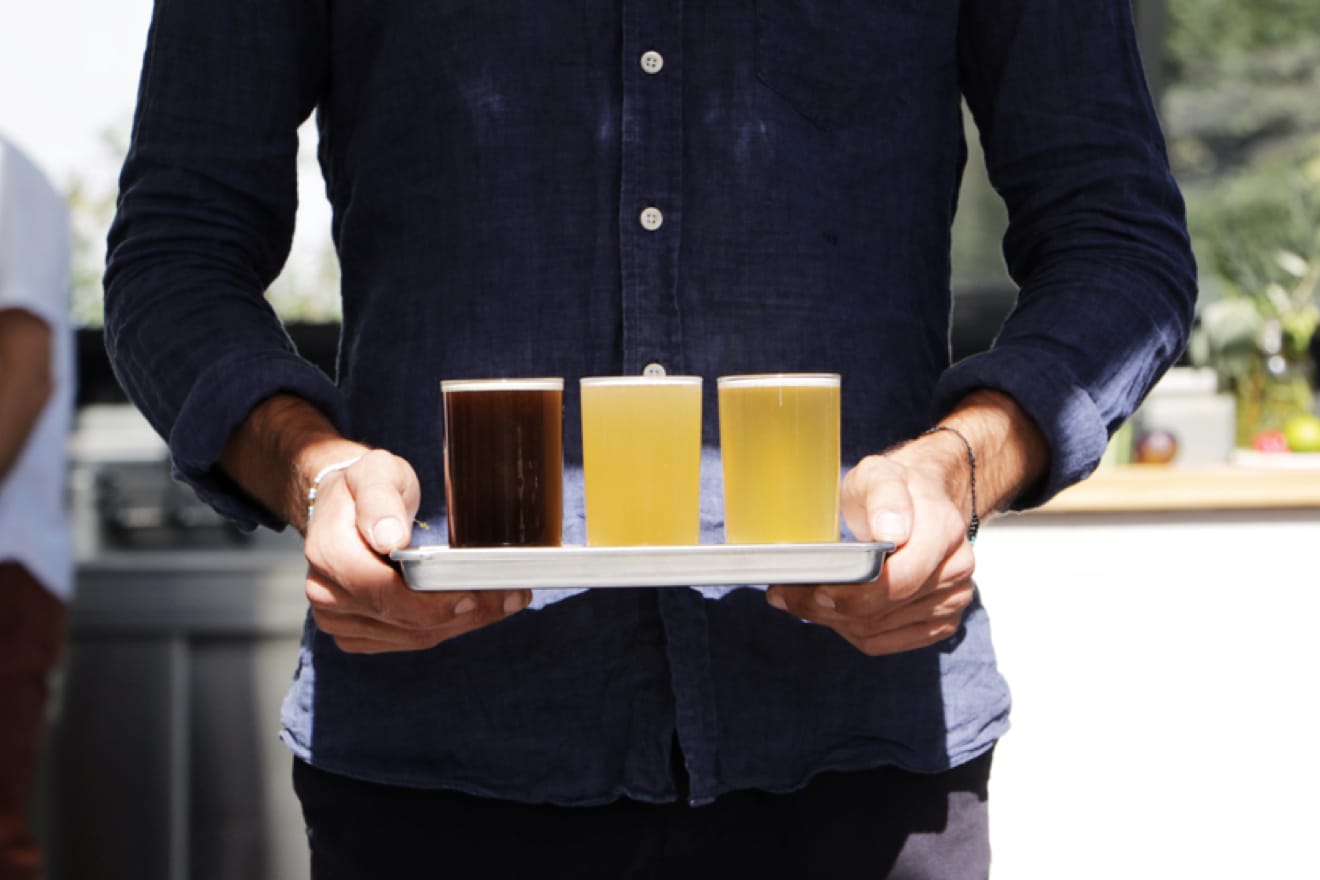 This boutique urban winery, nano-brewery, and culinary garden is located right in the heart of downtown Napa. The brews are made on-site in small batches, featuring 13 different offerings of beer, with more developing all the time. The beers tend to be unfiltered and more malt-driven, favoring a less bitter or ‘hopped’ profile for friendlier food pairings. And vegans, rejoice! With the exception of their Honey Wheat Ale, all other brew offerings are vegan. For those ready to take their beer love to the next level, St. Clair Brown recently started their own Beer Boot Camp, where you can learn tastes and semantics at a technical beer tasting, enjoy a three-course beer paired lunch, and brew beer with Brewmaster Elaine St. Clair herself.

A Taste of Italy in a Bottle 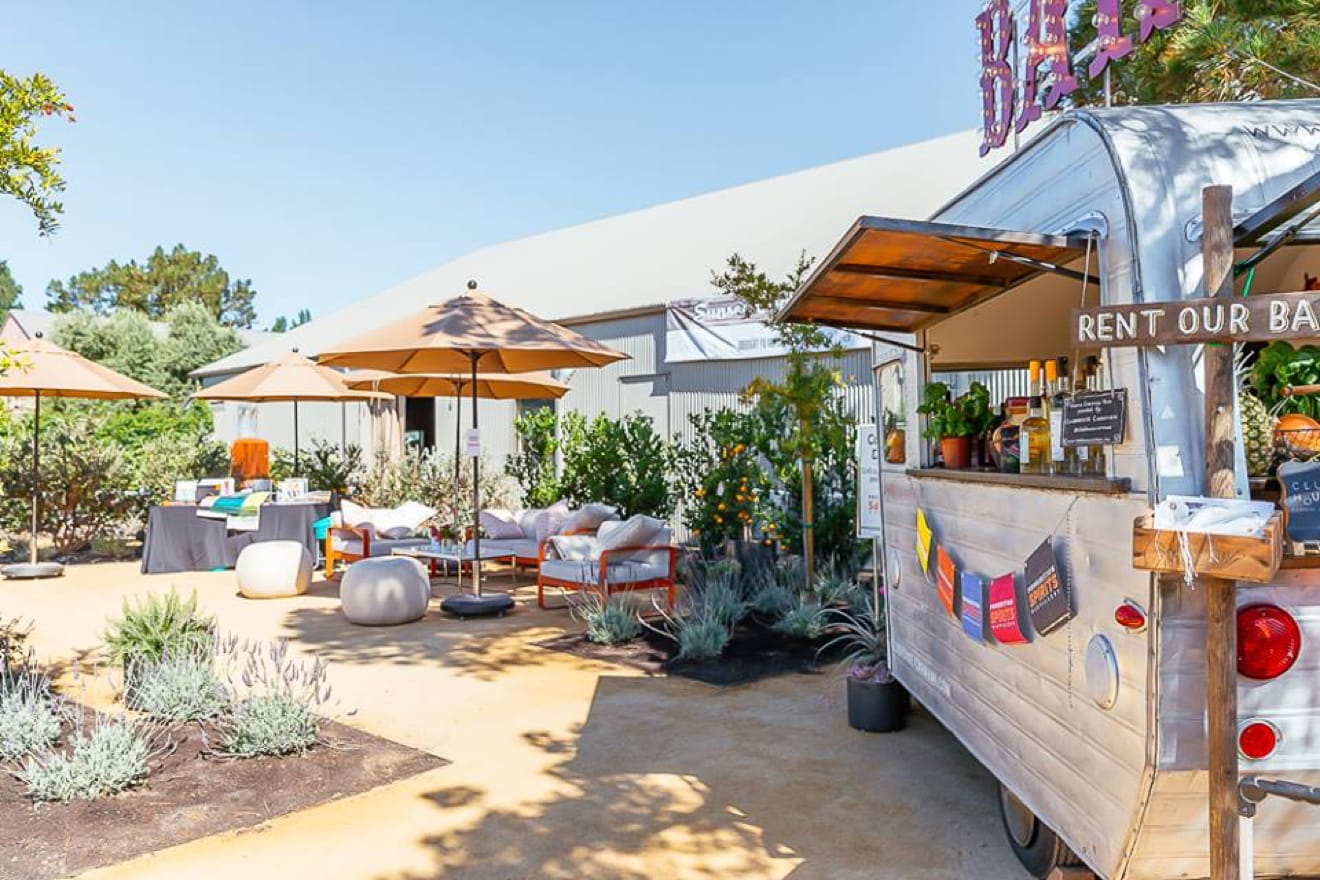 For a truly unique tasting experience, head over to Prohibition Spirits in Sonoma to try some of their Italian craft spirits. Tucked into the picturesque Cornerstone Sonoma, Prohibition Spirits is known for their award-winning Limoncello (an Italian lemon liquor), but also offers tastings of their other speciality spirits, such as their gins, rums, and whiskeys. The Groth husband and wife team fell in love while exploring Sonoma, then decided they wanted to bring Limoncello (what they affectionately term ‘sunshine in a bottle’) to Wine Country. So they moved from Boulder, CO to Sonoma County and started producing California’s first organic Limoncello. Prohibition Spirits offers group tastings (a six spirit tasting goes for $20) and mixology classes, as well as private events held in a beautiful courtyard. It’s truly a family venture — their daughter produces a line of olive oils, balsamic vinegars, and soy candles, also available for purchase in the shop. After your tasting, spend some time in the nearby Cornerstone and Sunset gardens — admission is complimentary and all gardens are open to the public. 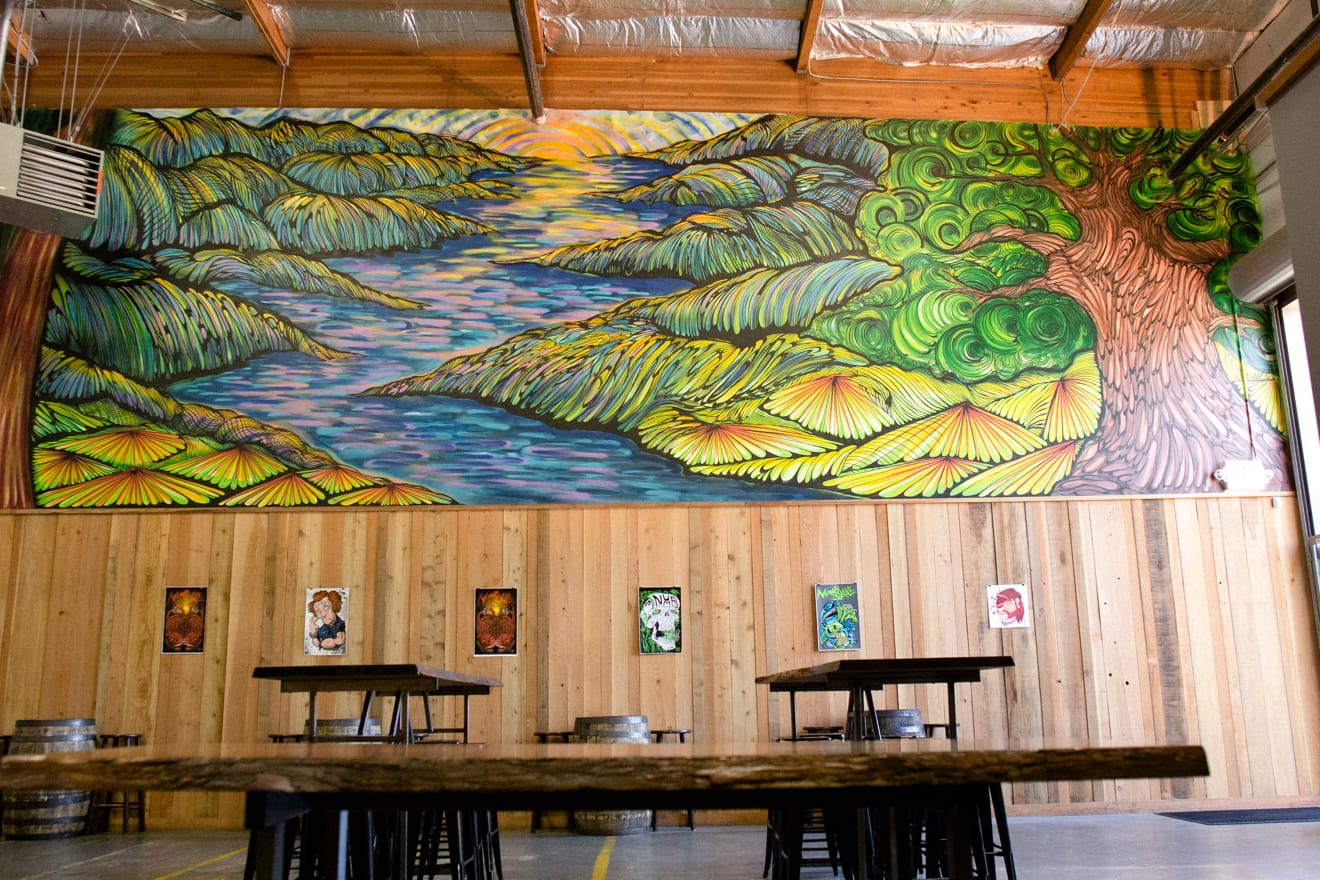 Brewer and founder Tyler Smith likes to focus on variety at Santa Rosa’s Cooperage Brewing Company, experimenting with different yeasts, hops, bacteria, and barrel types to develop unique libations. Take your time sipping and tasting here; there’s a giant projector screen (usually playing live sports games) for your viewing pleasure, but if that’s not your speed, there are also plenty of board games on hand to make a few beers with friends even more enjoyable. 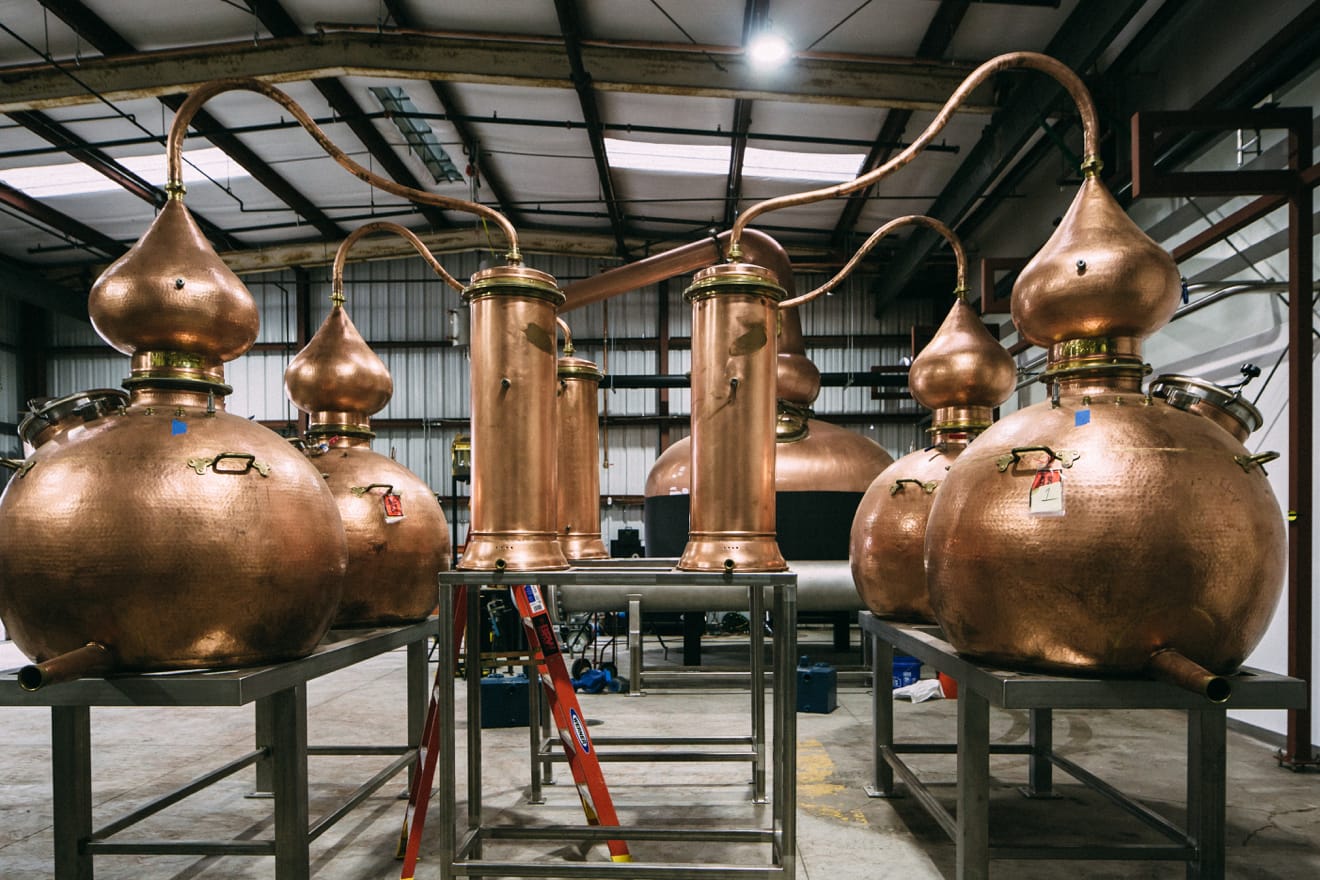 Whiskey maker and Bay Area native Adam Spiegel found his passion for creating spirits while assisting a distiller friend. He’s honed his skills throughout the years, first from making beer, then wine, and eventually distillation to found Sonoma Distilling Company in 2010, one of the first 200 distilleries in the United States. The tastings feature their in-house selection of American whiskeys and ryes, which are of a more traditional style of whiskey — the result of their “old school” way of double distilling in handmade copper pot stills (smaller batches with more flavor). Several are available year round, but there are a few seasonal specialties to look out for, released just once a year, like the cherrywood rye whiskey in the spring and the Distiller’s Edition cherrywood smoked bourbon whiskey in the fall. 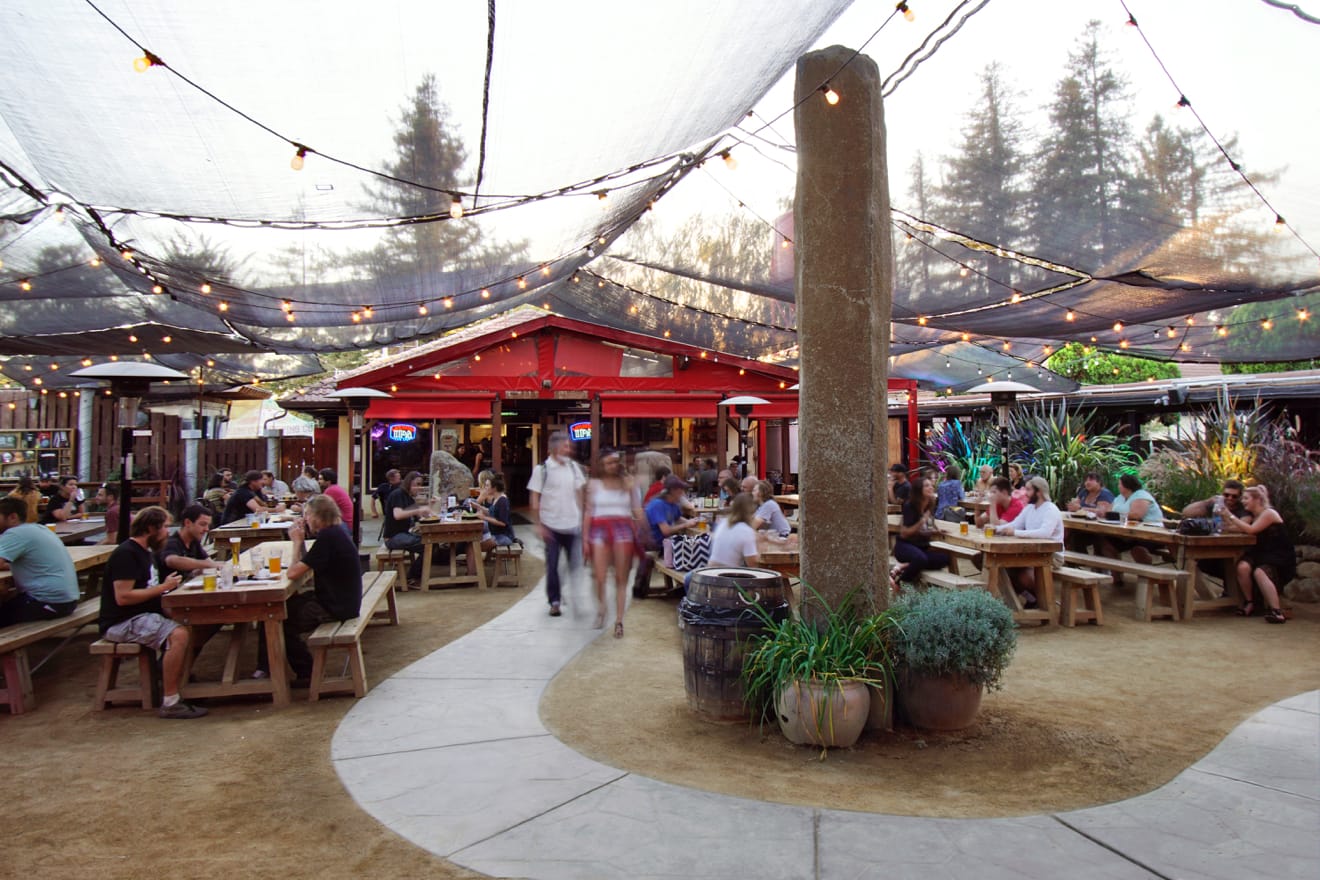 A local favorite, this Petaluma establishment has a huge, ever-rotating selection of sours, ciders, ales, and stouts. Post up in their taproom or nab one of the many picnic tables outdoors. It’s pet-friendly, so there’s usually a handful of dogs enjoying the sun while their humans listen to the live music in the beer garden. And with a food menu of nachos, burgers, chicken wings, and other tasty pub fare, you could easily while away an afternoon here. In fact, we recommend it. 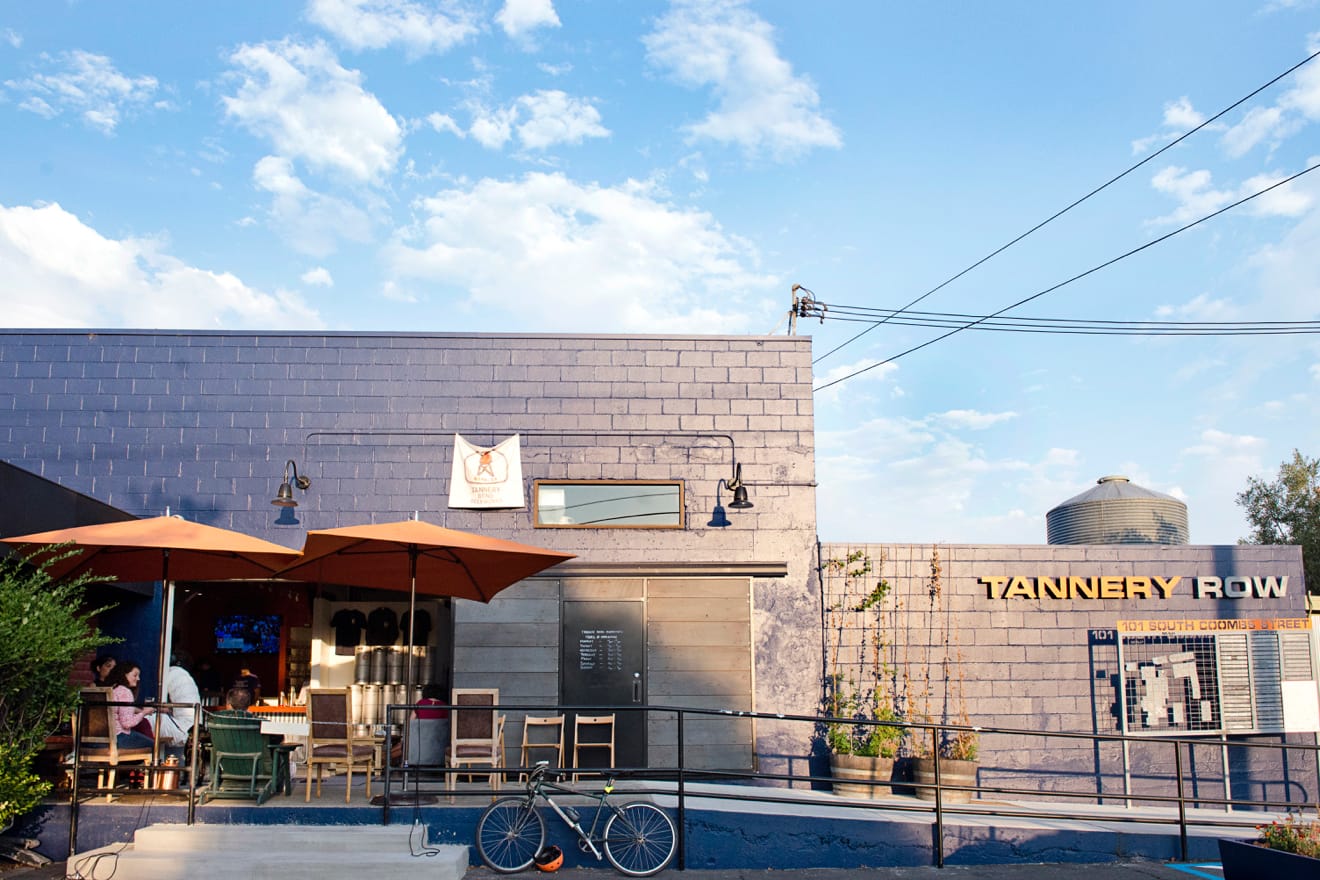 Located in Napa’s historic Tannery Row, Tannery Bend feels like the great local spot to grab a casual beer after work or spend a sunny Sunday afternoon. The sandwiches and snacks are prepared in-house and (of course) feature perfect items to pair with a brew. For those settling in to watch a sports game or catch up with friends, we have two words for you: bottomless popcorn.

Northern California in a Bottle (and Can) 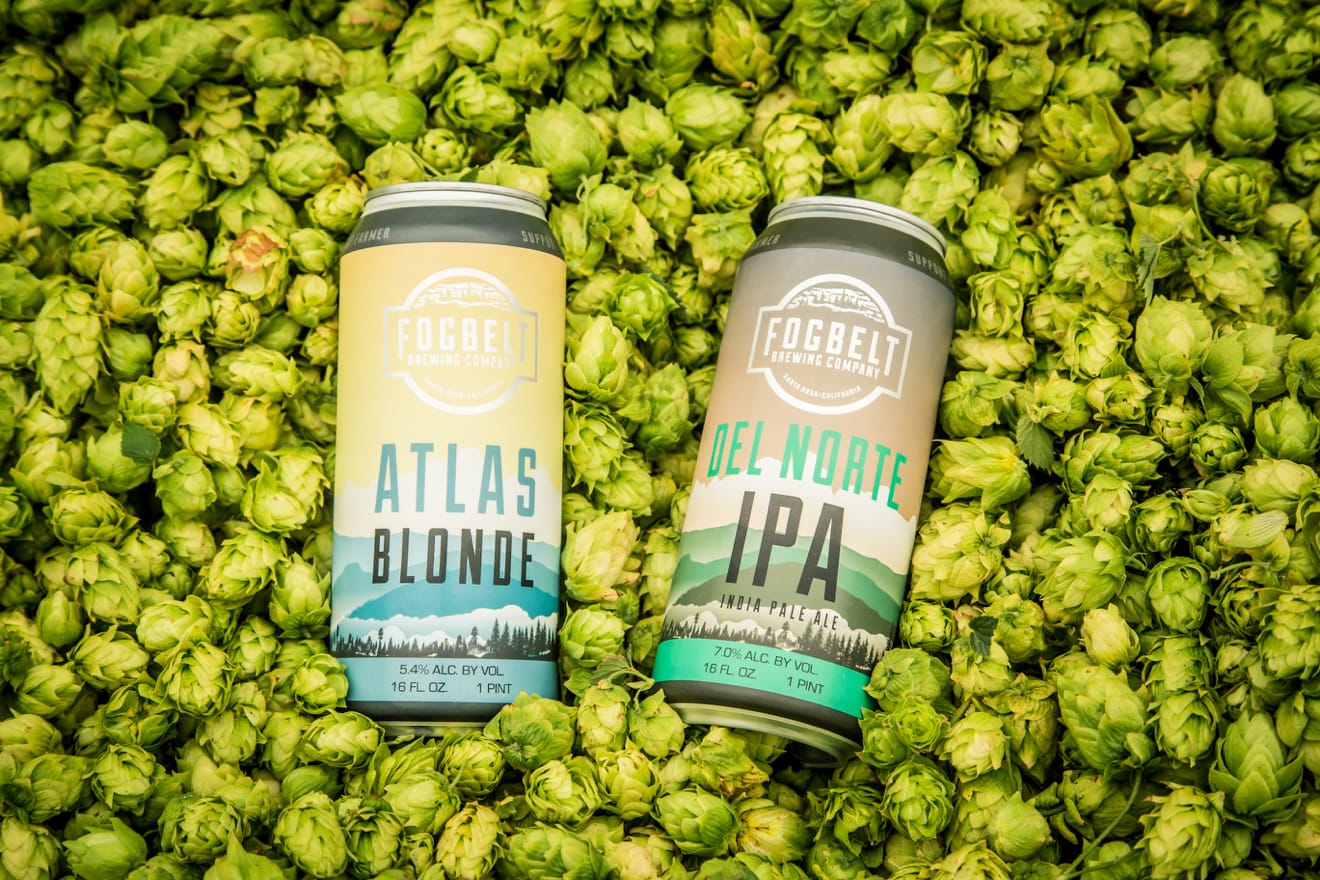 This craft brewery and gastro-pub celebrates the North Coast and even names each of their beers after a prominent coastal Redwood tree only found in the ‘fog belt’ — the area along the Northern California coast that’s typically covered in fog, which produces a unique ecosystem. In addition to the stately brews that are available on tap, Fogbelt Brewing Company also hosts regular events, with a monthly food and beer pairing featuring a new line-up each month. And in May 2019, they’ll also be throwing Barrelrock, the Fogbelt Brewery Parking Lot Party, which will feature a mini music festival, special beer releases, and outdoor barbeque.

Julia Chang is a writer based out of San Francisco, California. In her early twenties, she made the transition from the eat-to-live to the live-to-eat type, and her waistline has suffered since. She works in tech by day and ekes out time to write about food and fiction on nights and weekends. She doesn’t sleep much. Follow her delirium on Instagram @onmywhimsy, and on Twitter @Jurichu.