Get The Newsletter
home / Wineries / Napa Stag’s Leap Wine Cellars is notably known as the winery that won the famous 1976 Judgment of Paris blind tasting. Today, our guests can experience our history and legacy first-hand at the FAY Outlook & Visitor Center, which offers spectacular views of our estate vineyards and a tasting experience that matches the world-class wines Cabernet Sauvignon we produce.

Our story starts with the purchase of Stag’s Leap Vineyard in 1970. The Stag’s Leap Wine Cellars winery was built in 1972, the same year the winery released its first vintage of S.L.V. Cabernet Sauvignon. The very next vintage of this wine, crafted from three-year-old vines, made history with resonating effects.

In what is now referred to as the historic “Paris Tasting” or “The Judgment of Paris,” the Stag’s Leap Wine Cellars 1973 S.L.V. Cabernet Sauvignon took top honors among the reds, triumphing over two First-growth and other renowned wines of Bordeaux. The surprise win was covered by TIME magazine and picked up by media around the world. The story of The Judgment of Paris brought international recognition to Stag’s Leap Wine Cellars, the Napa Valley and the American wine industry as a whole.

At the same time, the winery was winning attention for another proprietary blend of Cabernet Sauvignon. In 1974, the winemaking team decided that one lot of wine from S.L.V. was so beautiful and distinctive that it should be bottled separately. The wine had been aged in a large wooden cask, number 23 in the lineup, so the bottling was named and labeled CASK 23. Upon release, CASK 23 quickly became a benchmark for California Cabernet Sauvignon.

FAY, S.L.V. and CASK 23 comprise Stag’s Leap Wine Cellars’ portfolio of Estate-Grown Cabernet Sauvignons, which are among the most highly regarded and sought-after Cabernets in the world. The adjoining vineyards of FAY (purchased in 1986 and named in honor of pioneering grape grower Nathan Fay) and S.L.V. (purchased in 1970) are the heart of the winery and the estate. 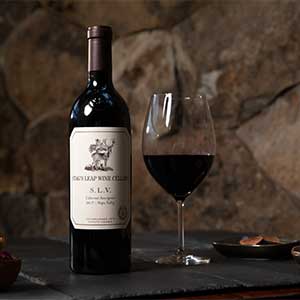 Stag’s Leap Wine Cellars stunned the world in 45 years ago when our 1973 S.L.V. Cabernet Sauvignon bested some of Bordeaux’s first-growth wines at the “Judgment of Paris” blind tasting. To commemorate this occasion, we are offering an exclusive flight of four vintages of our S.L.V. Cabernet Sauvignon to show the evolution of this iconic wine. The experience is $125 per person. A cheese and charcuterie plate is available Wednesday through Sunday for $25 per person. 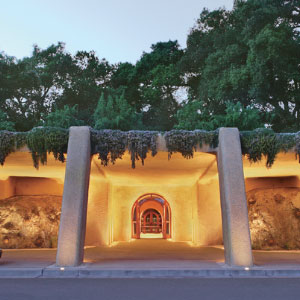 Bask in the ambiance of our beautiful winery as you savor renowned wines and exclusively crafted bites. Chef Travis Westrope has constructed delicious food pairings to go with our estate wines specifically for this wonderful tasting that we are eager for you to enjoy. Reservations are required. Maximum six guests per group. Cost is $125 per person. 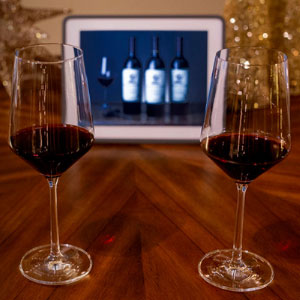 Gather in a fun virtual environment as you learn more about Stag’s Leap Wine Cellars in the comfort of your own home. Our knowledgeable and friendly wine educators guide you through our iconic wines for an unforgettable experience. Elevate your wine tasting experience with our acclaimed Estate Collection ($410) or indulge in our finest wines sourced from vineyards throughout the Napa Valley ($135). Tax & shipping not included.