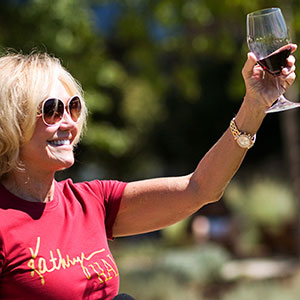 Join us on April 23rd at 4PM on Facebook Live!

Since they couldn’t host ther in-person event, HALL Wines is going to do a virtual Cabernet Cookoff on April 23rd. They will live-stream to Facebook and Youtube so everyone can watch and drink along from home.

Instead of restaurants competing against each other for charity, they are asking for fans to submit their favorite recipes to pair with their 2017 Eighteen Seventy-Three Cabernet Sauvignon! Three dishes will be chosen to be prepared by a chef, and they will have a live panel of judges to vote on the best pairing!

Winning dish submitters will get not only bragging rights but money will be sent to the charity of your choice. First Place wins $5,000, second place wins $2,500 and third place wins $1,500 for their chosen charity. Additionally, there’s a People’s Choice Award in the amount of $1,000 towards a charity.

Please note if your recipe is selected, it will be published to hallwines.com.