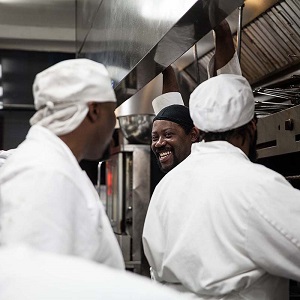 What does it take to build a world-class French restaurant? What if the staff is made up of men and women just out of prison? What if most have never cooked or served and have barely two months to learn their trade?

Join them at the CIA at Copia for a screening of Knife Skills, an Oscar®-nominated documentary about second chances and the healing power of good food. This film was featured during the 2017 Napa Valley Film Festival and will conclude with a special Q&A and reception.

Admission to this film screening and panel discussion is $10. Pre-registration is suggested.