Film is like wine in that it’s completely subjective. Everyone has different tastes, so to help you pick from the 100+ films that will be screened at this year’s Napa Valley Film Festival, we’ve created this oh-so-handy guide.

If You Like Feel Good Stories of Hope and Redemption

Check out documentaries Mighty Ground , the story of a homeless man that turns to music in an effort to to kick his drug addiction and break away from the chains of poverty, or Skid Row Marathon , which centers on an unlikely running group of former criminals and addicts that train to run marathons together. Addressing one of society’s most pressing young adult issues, I Can I Will I Did is about a bullied teen that ends up paralyzed in a tragic accident, and his quest to walk again.

If You Subscribe to the Notion “If You’re Not First, You’re Last”

Many of these films are having their California or West Coast premiere at the NVFF, so you’ll be able to brag to all of your friends about the amazing film you previewed that they’ve never even heard of yet. Look out for screenings like ACORN and the Firestorm , A Fine Line , and Laddie: The Man Behind the Movies , a documentary about the life of Alan Ladd, Jr., the producer behind Star Wars, Blade Runner and Braveheart. 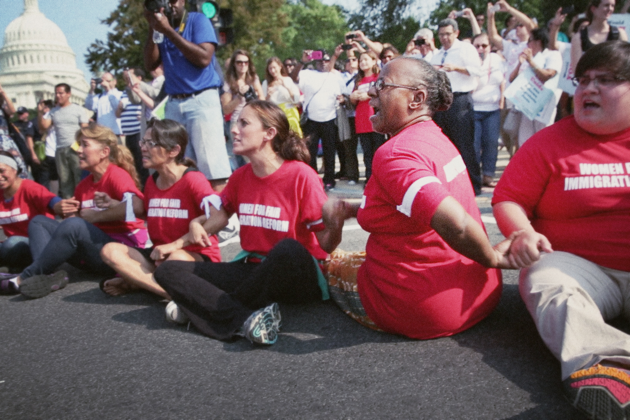 ACORN and the Firestorm Film Still

If You Never Miss an Award Show

You’ll want to grab seats to this year’s Core Competition Films, the ones that could bring home some hardware during awards season. Former Red Carpet presentations include Lion, The Descendants, Silver Linings Playbook and Wild. Future winners could be The Gateway Bug (it’s about eating bugs), The Year of Spectacular Men , or Tater Tot & Patton , which already has our vote for best title.

If You Could Use a Laugh

Both on trend with the modern day buzzwords, Amanda and Jack Go Glamping and Life Hack look primed to shake off a long week at the office.

If You’re Overdue for a Good Cry

Man in Red Bandana and American Folk both address the pain and loss surrounding 9/11, so there’s no way your eyes stay dry.

If You Want to Change the World

Happening: A Clean Energy Revolution , looks at the positive impact that clean energy initiatives are having on the globe.

ACORN and the Firestorm centers on ACORN, the grassroots organization that was accused of voter fraud by Republicans during the 2008 presidential election, while Food Evolution will leave you wrestling with everything you thought you knew about GMOs (genetically modified organisms).

If You’re Always on Your Phone

California Typewriter and People You May Know shed light on the impacts of our technologically-obsessed society. Phones must be silenced during the screening, but you can totally tweet about it after.

If You’re a Feminist

Female empowerment is a common theme this year, with films like Catching Sight of Thelma and Louise and Ella Brennan: Commanding the Table . Served Like a Girl gives us a rare look at the suffering and strength of female veterans, and A Fine Line seeks to discover why only six percent of head restaurant chefs are women.

You can check out the full list of films and descriptions at nvff.com. Make sure you maximize your festival experience with our complete NVFF Guide. It contains everything you need to know about ticketing, events, lodging and more.