Where To Find Live Music In The Napa Valley This Summer

Share with your friends
Submit
Napa Valley is a delight for the senses. From world famous wines and incredible dishes that tickle the taste buds to fog covered mountains and sun drenched vines that are non stop visual sensations it’s hard not to go into sensory overload. But don’t forget to tune in and give your ears a little love. Hear it through the grape vine and check out the live music events you can look for to in 2017! 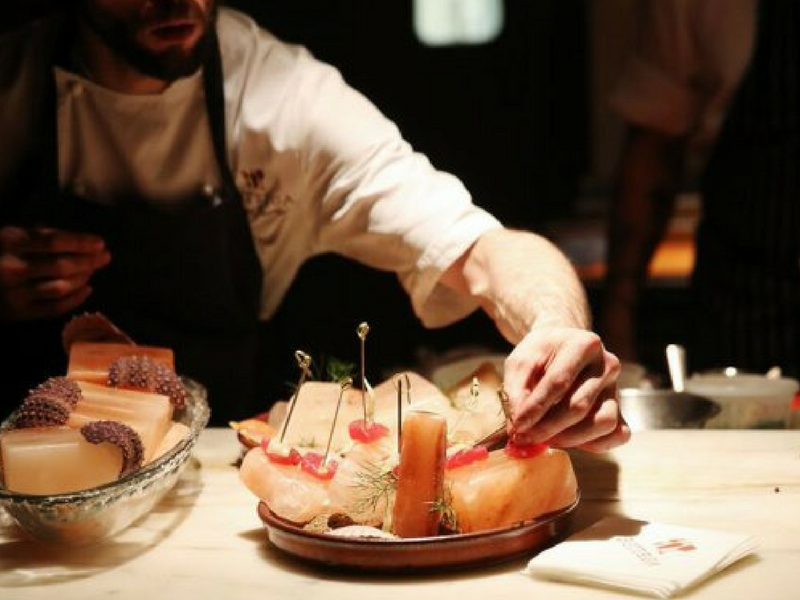 Yountville Live is a four-day weekend overflowing with unique opportunities to witness exclusive musical performances and partake of award-winning foods and wines prepared by visiting chefs, all set against the sophisticated yet quaint small-town backdrop of Yountville. Upcoming artists from around the world such as Five for Fighting, John McLaughlin, Brendan James, and Rodrigo y Gabriela will enliven the many brunches, dinners, and miscellaneous VIP events that make up the weekend with their intimate performances at participating wineries.

The culinary portion of this luxurious event begins with a bang at the welcome gala, a four-course wine dinner at the V-Market Pavilion with a different chef preparing each course with a live cooking demo. Also held throughout the weekend are limited seating master classes wherein renowned chefs give guests an in-depth two-hour culinary lesson on their area of expertise—be it chocolate, gnocchi or wine.

Insider tip: VIP tickets include a whole host of additional amenities, including table side service from the chefs and winemakers themselves to discuss their dishes. 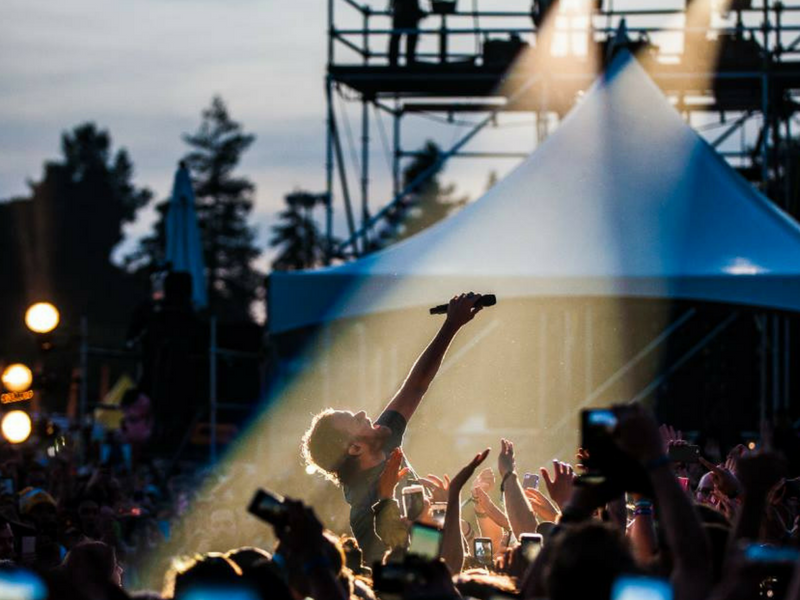 Napa Valley attracts quite a collection of names for the region’s biggest musical event of the year. The lineup for the fifth Bottlerock music festival includes big draws like Maroon 5, Tom Petty & The Heartbreakers, Modest Mouse, The Roots, and Foo Fighters, but the acts on stage are only part of the experience. The Napa Valley Expo will also be outfitted with the best in wine, food and beer offerings from more than 30 area wineries and 28 restaurants, as well as spectacular murals and installation art decorating the grounds.

Insider tip: Families need not separate for the festival, as ticketed guests can bring up to two children under the age of 6 with them for free. There’s even has a “Little Rockers” program to help reconnect children with their families if they’re separated during the fest. 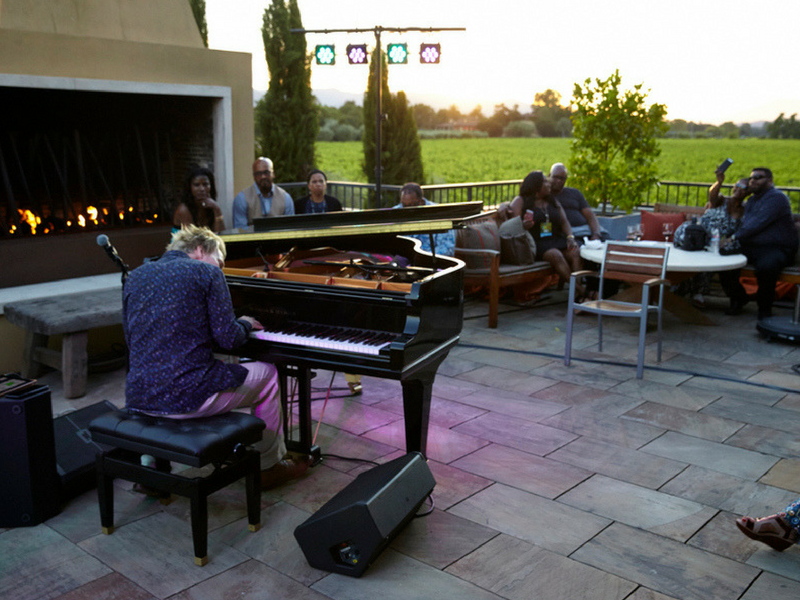 Jazz instrumentalist Brian Culberson hosts the sixth year of the Napa Valley Jazz Getaway, anchoring the diverse five-day event with three performances of his own, two at the regal Lincoln Theater and one at Jamieson Ranch Vineyards. Other performers include Marcus Miller and Peter White, and their performances throughout the weekend will be accompanied by complimentary wine tastings and meals from Michelin Star award-winning chefs.

Insider tip: Platinum and Gold Access tickets permit entry to the four after-parties that end each night of performances at the Westin, each of which also includes a Cigar Party hosted by musician Cecil Ramirez. 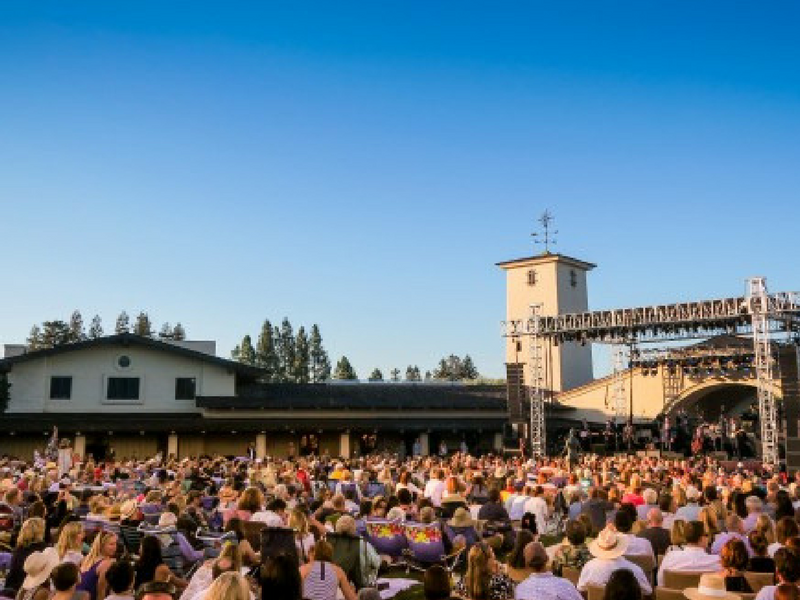 The Robert Mondavi Winery continues a tradition now almost five decades old, hosting a series of five concerts from varied high-profile artists beginning with as-yet-unannounced kickoff concert in July. There are four ticket levels available for guests to view the performances from various parts of the winery’s airy patio, including a dinner ticket that comes with a pre-concert reception and dinner in the vineyard. This year’s lineup has yet to be announced, but Past year’s performers have included Blues Traveler, Ingrid Michaelson, Colbie Caillat, and The Wallflowers.

Insider tip: Those forgoing the dinner ticket should visit the nearby Oakville Grocery for one of their crab cake sandwiches before the concert. 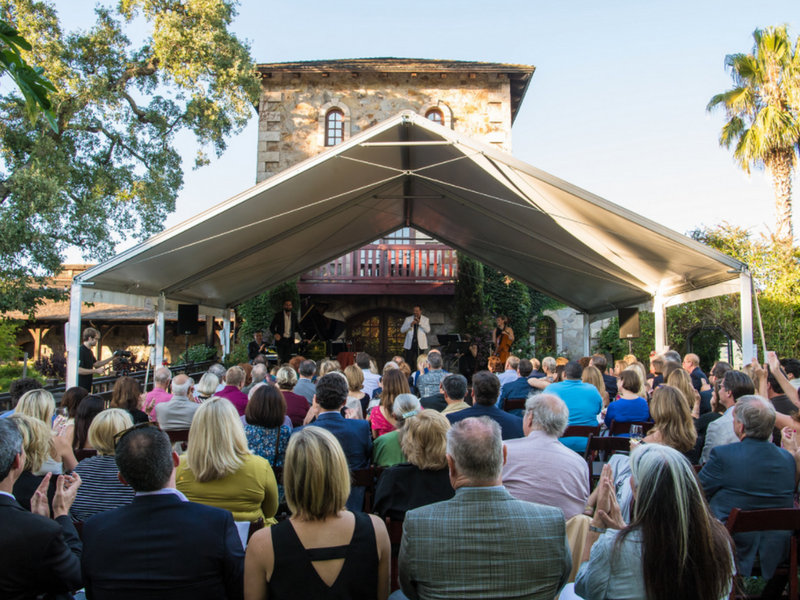 The Festival Napa Valley is an event as diverse as the region it’s named after, encompassing a total of 60 events spread over ten days with coordination from 100 area wineries. These include concerts, dinner events, and a lively auction that all provide support for youth charities, set in picturesque wine-country venues and featuring performers recognizable from music, film and theater—past guests include Kevin Spacey, Herb Alpert, and Robert Redford.

Insider tip: Arrive early to the concerts to leave time to park and enjoy the approximately half-hour receptions that precede each performance. 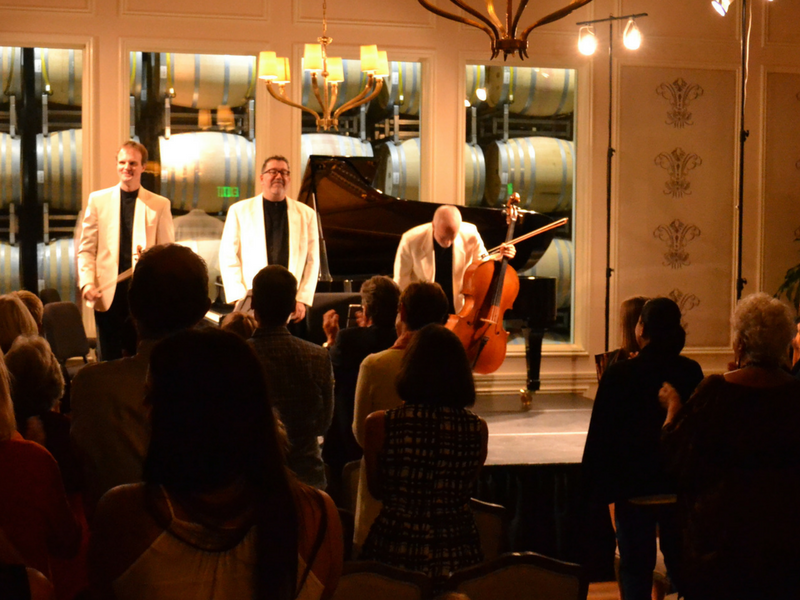 For the better part of a month, this nationally recognized chamber music festival gathers together 40 artists-in-residence from around the world for four weeks of world-class performances. Best of all, all this gorgeous music will be played amidst the peaceful winery settings for which Napa is famous. The 2017 lineup of artists has yet to be made public, but the nonprofit organization behind the event hosts a series of fundraising dinners and performances leading up to the festival, and offers discounted preseason ticket prices until July.

Insider tip: One of the best parts of this event isn’t a concert at all, but rather the benefit gala La Belle Époque, a night of French music and gourmet French cuisine held at the Charles Krug winery’s carriage house and featuring a live auction.